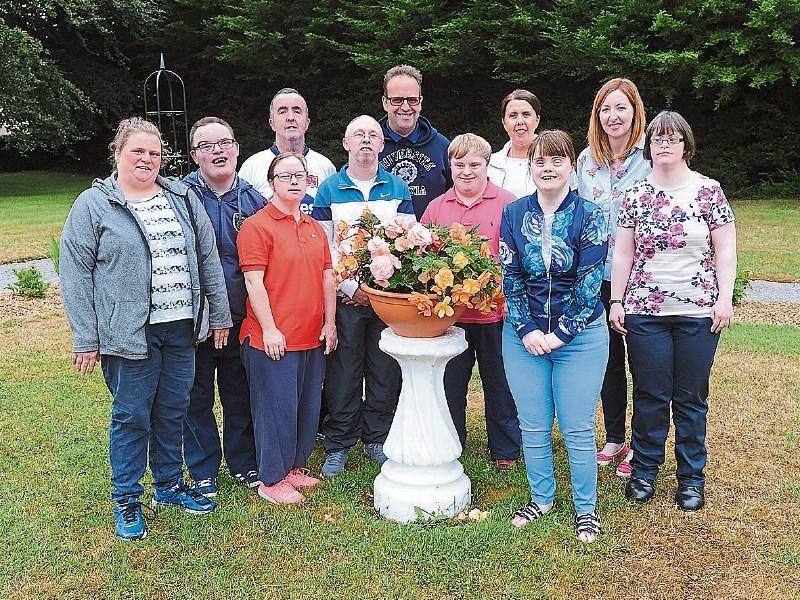 There were wonderful scenes of celebration at the Hilltop Hub on the Ardee Road, Dundalk last Friday morning as the group’s new ‘Buddha Garden’ was unveiled.

A garden party event was organised by the Hub’s instructors Gabrielle Renaghan and Emma Devlin with the aid of their 12 service users.

Funding for the garden, which has taken three months of hard work by all involved, to complete, was provided by Dundalk Rotary Club and also Dundalk Credit Union.

Speaking to the Democrat, Gabrielle, thanked those who have supported the garden.

“They (Rotary Club and Credit Union) have always been there and we have nothing but praise for the support they always give us.”

Gabrielle went on to explain that the garden was designed by herself and the service users and as she says “it is as much their garden as anyone else’s”.

Gabrielle also said that they have plans in the future to extend the garden and also to start growing different types of vegetables and fruit.

It will be available to enjoy by all St John of God’s service users across the north east, she says.

Gabrielle also revealed that the name ‘Buddha Garden’ was chosen by the service users themselves as there is a statue of Buddha himself in the garden.