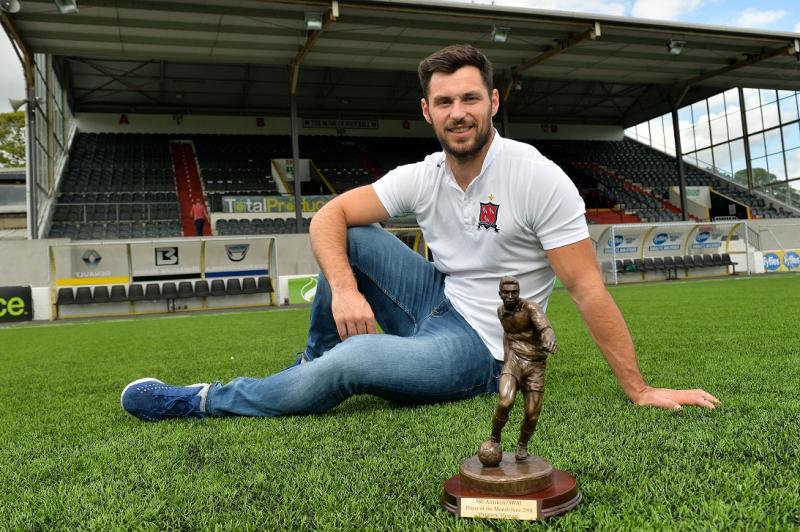 Dundalk striker Patrick Hoban has claimed the SSE Airtricity League/Soccer Writers' Association of Ireland Player of the Month for June.

The 26-year-old has been in blistering form since returning from England to join the Lilywhites for a second spell last November.

Hoban is out on his own at the top of the Premier Division's goalscoring charts with 21 in 25 games, including five goals last month for the current league leaders.

"It's great," said the Galway native, reacting to the news. "The gaffer [Stephen Kenny] told me on Sunday, and it's a good feeling to win one.

"I didn't expect to have as many goals at this time in the season, especially as I didn't get a pre-season into me [due to injury].

"Personally, it means that you're doing something right but it also shows the whole team are working well together.

"We're scoring goals and winning football matches, and that comes from the team around you."

Hoban, who last won the award in October 2014, saw off Dundalk team-mate Robbie Benson in second and third-placed Kieran Sadlier of Cork City this time around.