Mary McDonagh was a wonderful mother 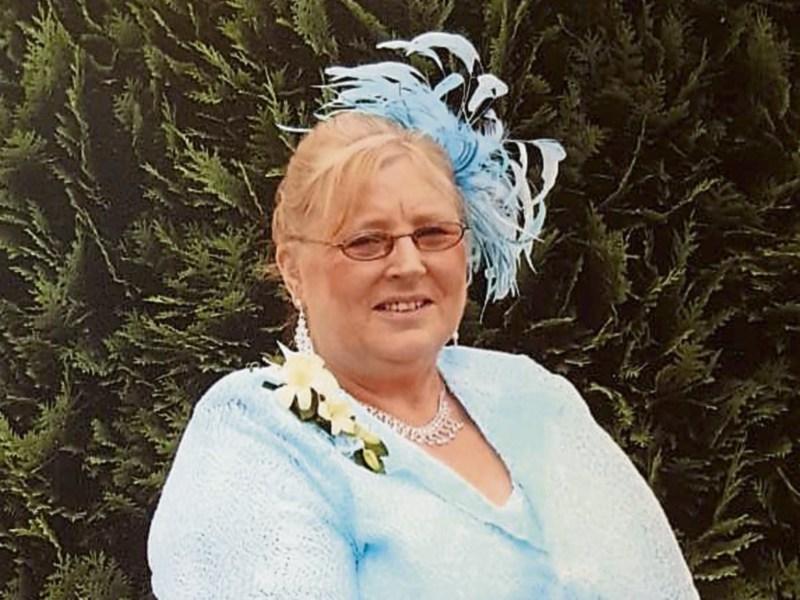 Mary McDonagh of 55 Aghameen Park who died on June 15 last was a lady who loved her family and lived her life for them and outside her home enjoyed playing bingo and travelling the country to see her favourite singer Daniel O’Donnell perform.

Mary hailed from Lisdoo, and was the second eldest of 12 children of Paddy and Kathleen McDonagh. She spent all of her life except for a couple of years in her native town.

She moved to Athlone, where husband Johnny is from after she married but the outbreak of the Northern Troubles caused them to move back to Dundalk when Johnny, a member of the Irish army, was transferred to town. That move became permanent, with the couple first residing with Mary’s parents, and then obtaining a home in Cox’s Demesne before making their final move to Aghameen Park in 1983.

Mary devoted herself to the task of raising and nourishing their eight children, and that was rendered somewhat easier by her love for cooking and her soft loving nature, as well as being strong minded. But she would do anything for anybody. She liked shopping and especially for clothes, and could spend no end of time at that pursuit. She also liked holidays, going to the like of Boston and New York to see family members, and visiting favourite places in this country, such as Killarney, Galway and Tralee.

In her younger days she enjoyed ballroom dancing going to the former Adelphi ballroom. However, above all she loved bingo and attending concerts by Daniel O’Donnell.

She was a big fan of his, travelling the length of the country, taking in Killarney, Cork, Mayo and Donegal to listen to his singing and music. She also was a fan of the High Kings and their folk music, and her varied taste also included an appreciation of rock and roll. Growing up she went to Realt na Mara school in town. She took up employment at a young age, joining the workforce in the former cigarette and tobacco manufacturing plant of PJ Carroll in town.

Later in life she worked in the Lisdoo Arms and also the Fairways Hotel. She met with husband- to- be Johnny at her brother’s wedding.

Mary was admitted to hospital after Christmas, and passed away peacefully surrounded by her family at Our Lady of Lourdes Hospital.

She was predeceased by brothers, David and Thomas and grand-daughter, Teresa along with by her parents Paddy and Kathleen.

After reposing at her residence on Saturday and Sunday, Mary was removed on Monday afternoon to Saint Nicholas’ Church, Bridge Street. Father Frank Corry SM Holy Family parish celebrated Requiem Mass during which he delivered a lovely eulogy.

Mary’s grandchildren took part in various parts of the Mass. They took up the gifts symbolising Mary’s life, which included a family tree and family photograph, her glasses, walking stick, a Daniel O’Donnell CD and bingo book.

They also gave the Readings, and led the Prayers of the Faithful, and brought up the Offertory gifts. Grandnephew Shane also recited one of the prayers. Son Seamus spoke lovingly of his mother.

The music at the Mass was a fitting reflection of Mary’s life with songs played of her favourite performer Daniel O’Donnell, and others that she enjoyed Ed Sheeran, Michael English and Brendan Shine.

The Month’s Mind Mass for Mary will take place on Sunday July 15 at 11am in the Church of The Holy Family.