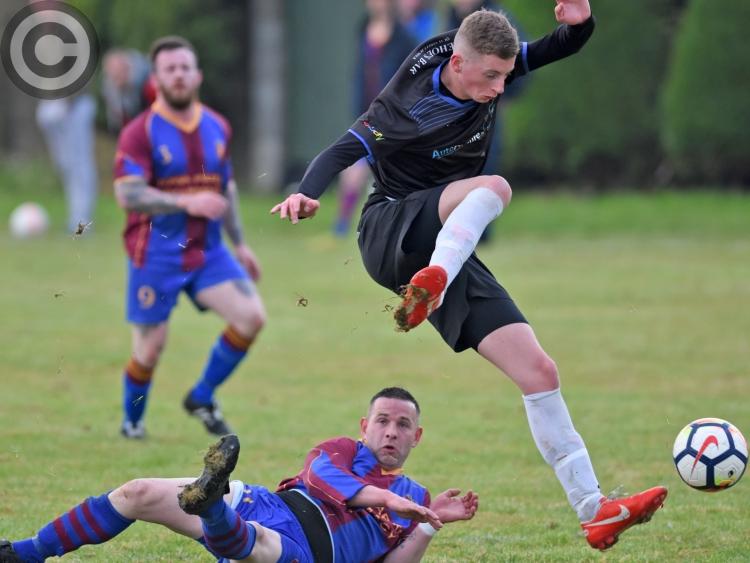 This eight goal thriller had everything you would want in a match. Lee Wright put Rampart ahead, stabbing home in the six yard box on 27 minutes.

David Asare doubled the lead before Joe Bellew made it 2-1 just before the break.

A great save from Connor McGahon to deny Brendan Rogers putting Rampart further ahead preceded Rampart being reduced to ten men when Gerard Redmond received a second yellow card.

On 70 minutes Caoimhin Leonard drew Cox's level at 2-2 and then fired his side into the lead with a shot just inside David Lynch's righthand upright. The Rampart keeper injured himself in his attempt to save the effort.

With all their bench emptied, Kieran Pickering's side had to continue with nine players, with 12 minutes left to play.

In the 87th minute Niall Hanneffy found the net to level the game at three all. Minutes later Leonard almost had his hat-trick but he hit the butt of the post with time almost up. Right on 90 minutes Declan Sharkey put Rampart ahead and in added time made it 5-3 to Rampart with terrific shot past McGahon to break the hearts of a gallant Cox's side.