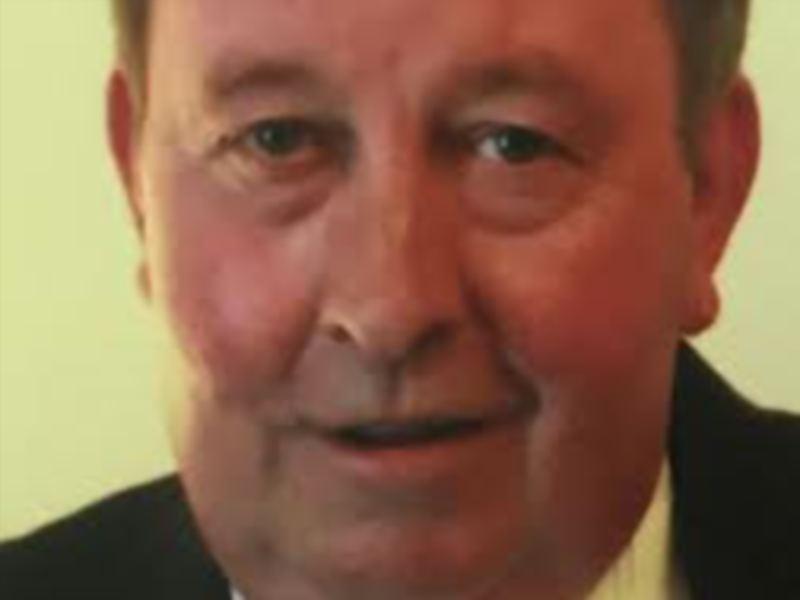 Gerard (Sparky) Clarke, Fatima Park who passed away recently was a gentleman who enjoyed the simple things in life and was happiest doing his own thing.

He died peacefully on May 11 2018 surrounded by his loving family in Our Lady of Lourdes hospital Drogheda.

Age 66, Gerard or Sparky as he was widely known, was born on October 16 1951 in Dundalk to parents Peter and Bernadette Clarke.

He was the eldest of four children and had a happy childhood living in Fatima. Sparky was educated in the De La Salle school. He worked at various jobs but then settled in ABC Ltd where he formed many friendships in his 20 years there.

He married Margaret Fox and they went on to have three beloved children and then two grandchildren.

Sparky moved back to Fatima, a place he loved dearly. He was known as a kind and generous neighbour and was the regular gardener to all.

He was an avid Manchester United supporter and could also be their biggest critic.

In earlier years he enjoyed playing darts and socialising with his wide circle of friends.

Sparky went back to education in 2003 while working on a CE scheme in Fatima. He completed many courses and from then on had a deep knowledge of technology. He was an active member of the Fatima and North End Friends facebook sites sharing stories and photography of Fatima and Dundalk.

Saturdays were reserved for his children and grandchildren and there was always a treat in store for them. This was a routine from which he would never stray.

He enjoyed the simple things in life; his daily phone calls to his children, a cigarette, cup of coffee and a chat to his Fatima friends at the door step.

Above all else he adored his family, brothers and sister and especially his children and grandchildren.

He was predeceased by his parents, sister in law, Frances Clarke, nieces, Jennifer and Rachel and nephew, David.

The Readings were read by his niece and brother Hannah and Peter Clarke, while Prayers of the Faithful were led by nephew, Harry Cooney, niece Rose Clarke and granddaughter, Zara Smith.

The beautiful singing and music was provided by Roisin Crawley and Olivia Finnegan.

A touching reflection was given by his daughter Sharon Smith who spoke adoringly of her beloved dad.

The esteem in which Sparky was held was reflected in the large number of people who called to the house and attended the funeral. It is something for which his family is grateful as well as for the care and attention he received in hospital and to Shevlins funeral directors.

Gerard's month’s mind mass will be held in Saint Joseph’s church Fatima on July 8 at 12 noon.