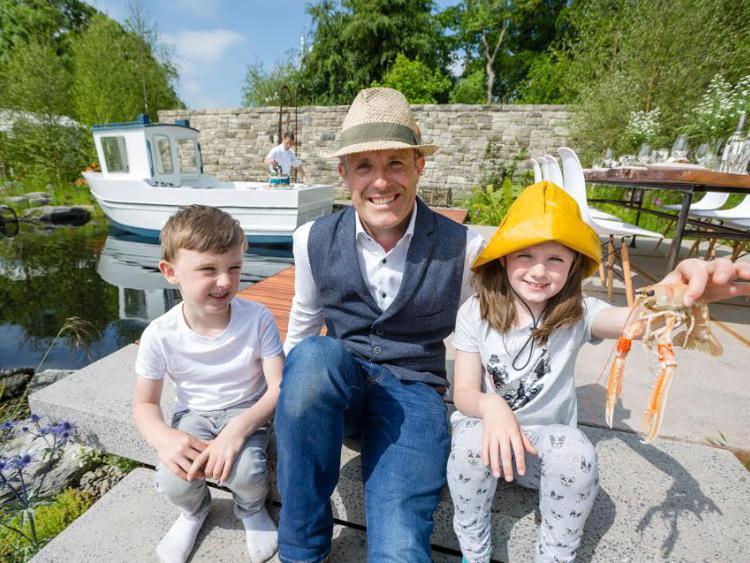 Garden designer Andrew Christopher Dunne, from the coastal fishing village of Clogherhead in County Louth, has been named as the overall Show Garden winner at Bord Bia’s Bloom 2018 for his ‘Sustainable Seafood Garden’ in association with Bord Iascaigh Mhara (BIM).

Following a rigorous two-day judging process with an independent panel of expert judges, the award was announced as Bord Bia opened the gates on the 12th annual Bloom festival in the Phoenix Park, Dublin today.

The Sustainable Seafood Garden tells the story of the journey from tide to table, of the fish and seafood that surround and inhabit this island. It boasts a large water feature with shimmering fish sculptures and an ‘upcycled’ fishing boat which doubles as a kitchen. Throughout the weekend, the boat will host cookery demonstrations featuring sustainably sourced seafood.

Congratulating the winning garden, Gary Graham, Bloom Show Manager, Bord Bia said: “The sheer scale of endeavour involved in the delivery of this exceptional garden is something which the judges were all agreed upon. This was a hugely ambitious design featuring complex construction and intricate planting schemes in order to create an authentic seaside coastal inlet pier.

With clever design features such as a custom-built fishing boat, made from upcycled materials and the wall and pier made from reclaimed sandstone and karst limestone, this garden brings elements to Bloom which we have never seen before.”

The judging panels for Bloom 2018 comprised of 14 Irish and international horticultural experts, who today announced a raft of 113 awards for show garden designers, nurseries, floral artists and amateur garden designers including 35 Gold, 22 Silver Gilt, 19 Silver, 24 Bronze and 13 certificates of commendation.

Bloom opened its gates on this morning and runs until the 4th of June.