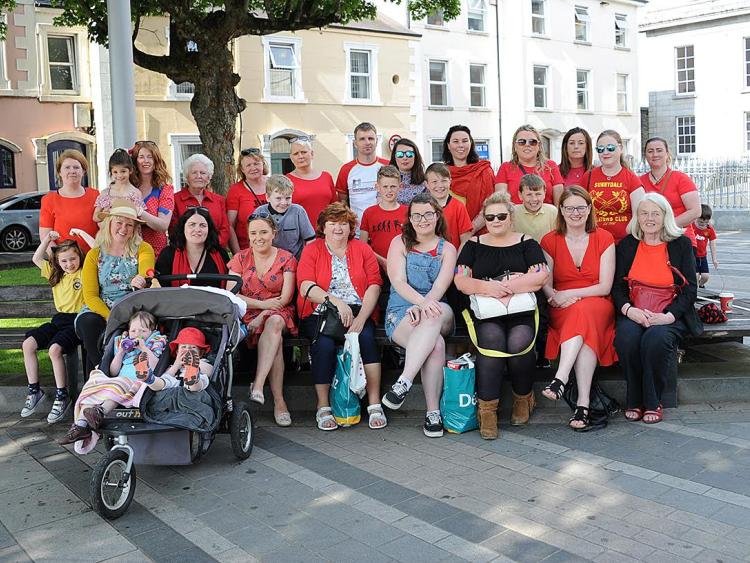 A group of locals gathered at Dundalk Market Square yesterday evening wearing red to stand in solidarity with the 209 Irish women affected by the cervical check scandal.

The demonstration, which was organised by Dundalk women Laura Prendergast and Eilis O'Hagan, was one of 36 held around the country by the Standing4Women group. The main demonstration took place at the Dail yesterday as attendees delivered a list of "urgent requirements" to politicians. 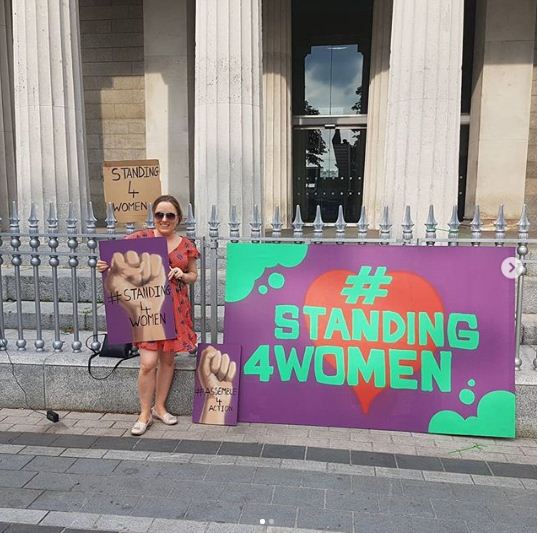 At the Dundalk demonstration, which took place at 5pm, a 2-minute silence was observed in memory of the women who had died of cervical cancer during the recent cervical check scandal, and for those who were affected by the HSE's grievous errors.

Speaking at the non-political demonstration Sharon Grimes said that the women of Ireland would not stand for the current situation and called for accountability from the HSE.

She also outlined the groups two urgent policy requirements which are: "Asking for relevant policy for the upcoming Bill on Mandatory Disclosure to be implemented in conjunction with an agreed timeline" and "Active and independent support for those affected by the scandal, including and not limited to, an immediate point of contact for those affected, and a multidisciplinary support team."

A speaker from the HSE Feet on the Street group, Lisa Marie Hodgins-McMasters, called for Dundalk women to stand up and fight against the HSE's treatment of people and the families affected by the cervical check scandal.

The solidarity gathering was drawn to a close as Naoise Duffy sang a powerful rendition of 'Rise Up'.

Organiser Laura Prendergast said: "Thank you so much to everyone who came to the demonstrations in Louth today! And those who went to the Dail, and everywhere else in the country.

"The effort that has gone into the #standing4women campaign so far is unbelievable. From speaking to so many of the women affected to find out what it is they need and want, to organising a demonstration in every county in such a short space of time. Proud to be a part of the #standing4women movement."

A spokesperson for the nationwide group said: "Standing4Women* is a nationwide movement of people passionate about issues affecting women. We have organised groups in almost every county in Ireland and aim to campaign for better healthcare, support services and access to opportunities for women, beginning with those impacted by Cervical Check."