The 'secret' underground passage at The Green Church in Dundalk 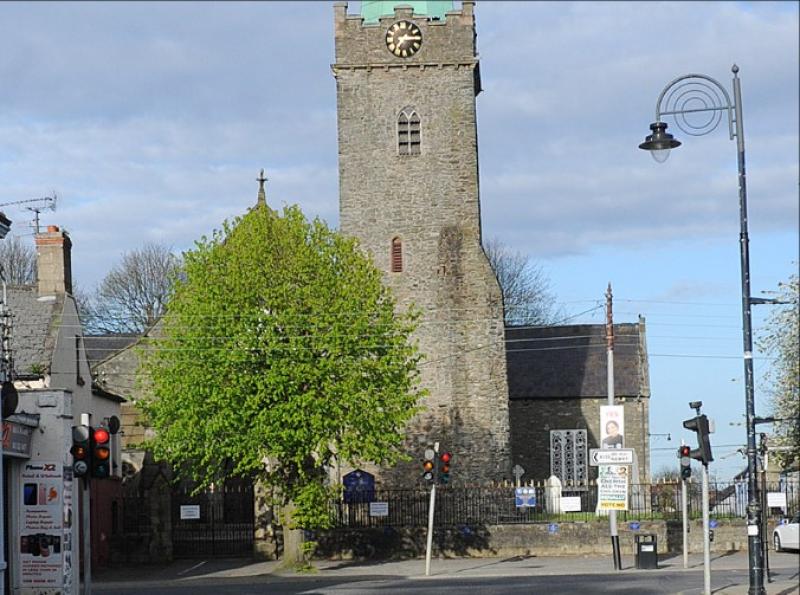 The 'secret' underground passage at The Green Church in Dundalk

An ecclesiastical building has stood on the site of The Green Church in Dundalk for almost 800 years, but the church we see on it today is only just over 300 years old.

St. Nicholas Church and Church Yard has been altered many times during that period of eight centuries and it has been a fascination to me since childhood.

The site has many secrets and one of the most enduring and intriguing is that there is a secret underground passage between the Church Yard and the old St. Leonard's cemetery, now a public park, at Seatown.

This would have linked the original walled town to the even older settlement outside. There is no evidence now of that underground passage, but I have read that men working in the old graveyard uncovered a set of stone steps leading down towards what is now York Street but were ordered to cover it up immediately by the church authorities.

At the other end of the supposed passage in the old Seatown Grave Yard, Frank Necy, Editor of the Democrat, once told me that when gravediggers were digging the grave to bury the remains Captain Kelly of the ‘Mary Stoddard’ rescue fame in 1858, the ground collapsed under them and the entrance to a ‘cave’ was exposed.

To make the story more dramatic, Frank, whose own father was lost at sea in a shipwreck before he was born, said all this happened around midnight while a violent lightening storm was raging. Of course, you would not want to take these old seafaring stories too literally but, who knows?

Maybe there was something to it! In the 1950s, I myself have seen the bones of old monks, buried in stone lined graves when the E.S.B. were digging up the street near the small road roundabout at the top of Seatown.

Why a secret underground passage should have be constructed is mystery but, perhaps, it was dug was an escape route for the clergy during the many attacks on the town in the early centuries of its existence.

One of the stories that has always fascinated me was about the Edward Bruce invasion of June 1315 when his troops got drunk and slaughtered all around them, including and alleged 29 monks in the Franciscan Monastery at Castle Road.