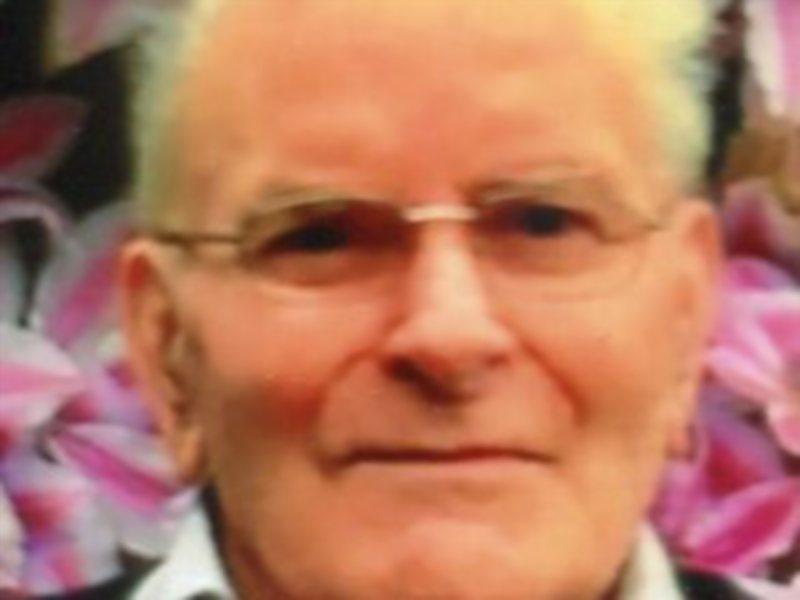 He passed away peacefully, after a short illness, on March 11, 2018, surrounded by his family in Our Lady of Lourdes Hospital. Thomas was born on November 24, 1929. He was predeceased by his parents and by his devoted wife Mary, who died in November, 1991.

He was an only child and lived in Summerhill, Knockbridge. He received his education at Louth National School up to the age of 12 and made many life-long friends there. At a young age Thomas emigrated to Sheffield to work and this is where he met his wife Mary. They remained there for a period of time before returning home to Summerhill. They were blessed with a family of ten children, six girls and four boys. Thomas began selling vegetables in Dundalk in 1955 where he had his own stall outside A.I.B on Clanbrassil Street. He grew his own produce to sell and was well known and popular with the people of Dundalk and fellow tradesmen. He remained on the Square until his retirement in 1995.

Thomas loved gardening and the time he spent on his stall in Dundalk. He was a family man devoted to his wife, children, grandchildren and great-grandchildren.

Some of his favourite hobbies were gardening, fishing, shooting and painting. He also did a painting for each of his children. Thomas was a religious man and had great faith and strength.

This became evident at the untimely death of his wife Mary and after a devastating stroke in 1997 which changed his life completely. However, he retained his resounding spirit and strength of character. Thomas was cared for at home for a number of years by his loving family and later resided in Saint Oliver’s under the loving care of all the staff. His popularity and the regard in which he was held were reflected in the large crowds that attended his repose and funeral Mass. Thomas’s family are very grateful to all who sympathised with them on their sad loss. He will be greatly missed by children, Tommy, James, Mary, Ann, Joe, Bernie, David, Catherine, Fiona and Colette, grandchildren, great-grandchildren, sons-in-law, daughters-in-law and first cousins, Phil Kirk and Bridget Kane. Always loved, never forgotten. RIP.