Hillary Babington could turn his hand to do or grow anything 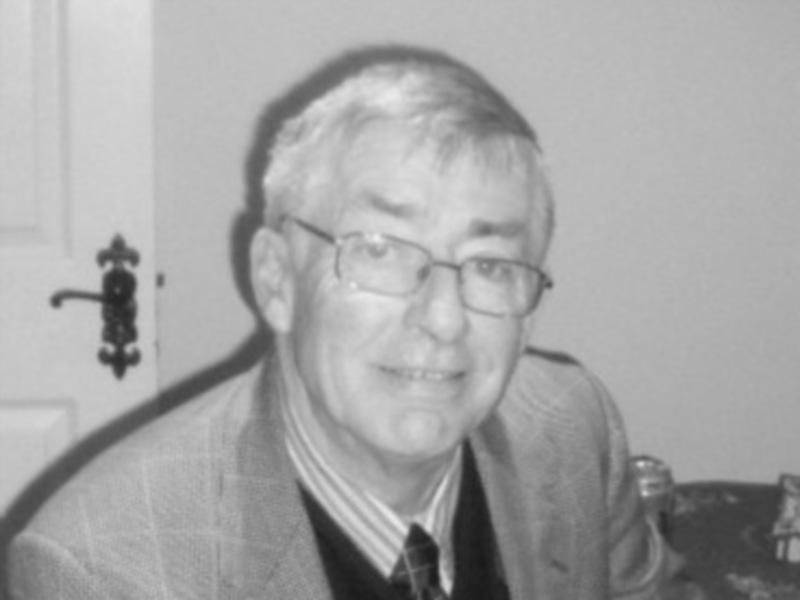 Hillary Babington, Commons Road, Dromiskin who died on April 21 last was a very well-known and regarded chef who was a multi-talented, inventive and highly productive man. He could literally turn his hand to do or grow anything.

He was from Magheracloone, County Monaghan and spent most of his life in Louth with some years working in England. He grew up on his parents’ farm in Magheracloone and was the eldest of four siblings. He helped out on the farm and assisted neighbours, and among his pastimes in his young years during his spare time were fishing and hunting.

He started his career as a Chef in Aclare House Drumconrath, County Meath and subsequently worked in various positions in hotels in Louth and Monaghan. He worked in the Nuremore Hotel in Carrickmacross where he met his future wife Maura McPhilips from County Cavan.

The couple moved to Kent in England for a few years before returning to Dundalk for Hillary to take over as head chef in the newly opened Fairways Hotel, where he worked for over 27 years. Their family grew to four, comprising two sons, David and Robert and two daughters, Elaine and Karen.

The purchase of a site at Mullacrew provided the opportunity to build a family home, which he undertook and completed with the assistance of his brother, Eddie. It was a prime example of his skills, of which there were many, along with his inventiveness to provide for his family and be self-sufficient. The latter was a trait that he instilled in his children.

After some 20 years in Louth Village, he moved back to Dundalk to live for a period of 12 years before spending the last 15 years in Dromiskin. He was always engaged in some venture or other; these varied from driving a school bus to creating a home garden market business where he supplied a local vegetable dealer as well as his family and neighbours. He loved cultivating his garden, growing vegetables, trees and plants. His creativity and inventiveness knew no bounds, from building his own boat, to his most recent innovative design of a fire-stick chopping and bagging machine. He even built his own mobile chip van which was the first to operate in Louth village, and he ran it for many years as a family enterprise. In so many ways he was very accommodating in helping others, he could fix issues to do with heating, plumbing, electrics, boilers and repairing lawnmowers, chain saws etc, all of which was much appreciated by family, friends and neighbours. He gained an interest in wood turning, and examples of his handiwork are to be seen in the like of candle holders, bowls and wooden pens that he made. Nothing was beyond his ingenuity for he had a deep inquiring mind, and also a curiosity for seeking out knowledge and how things worked. He was an avid reader, and always loved watching documentaries on science and nature. His interest in machinery and devices took him to many vintage and antique fairs. He also loved country music and would relish taking a turn on the dance floor. He loved to chat, and could spend hours talking to a complete stranger. His recent visits to the Oncology Unit in Our Lady of Lourdes Hospital were memorable, making new friends.

Hillary was in ill health for the last couple of years, but passed away suddenly in Our Lady of Lourdes Hospital.

He reposed at his home on the Monday April 23 and was removed to Saint Nicholas Parish Church the next afternoon for funeral service conducted by Pastor Walmsley which was a celebration of Hilary’s very active and productive life. A eulogy was given by son Robert and grandson Damien, Burial took place in Saint Paul’s Churchyard, Heynestown.