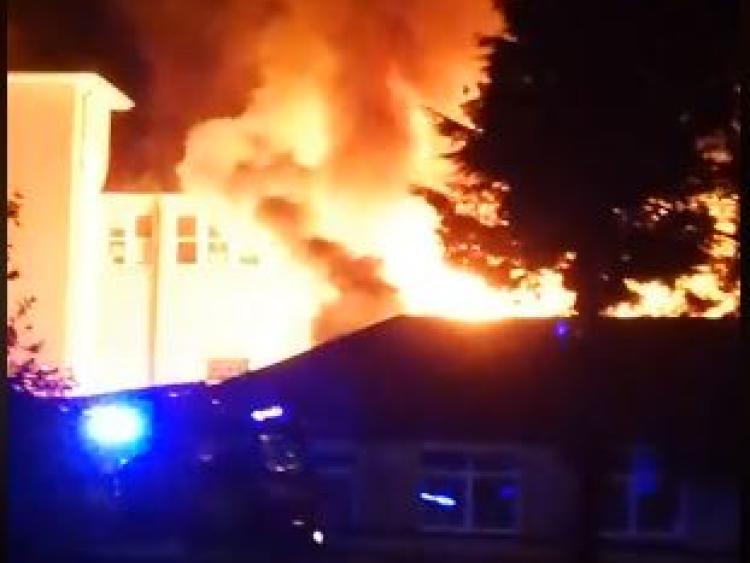 The fire service responded to the blaze.

In a statement on the school's Facebook page this morning, St Louis are reporting that the damage is 'minimal'.

"We would like to say a huge thank you to the fire departments of Dundalk and Ardee under Officer Paul Kelly for their wonderful work in the early hours to ensure that there was minimal damage to our beautiful school.

"They managed to contain the fire. Parents we will keep you updated via text. The main building was not damaged by the fire and we are thankful that no one was hurt."

The video below captures the scene during the fire last night.

"The cause of the fire is not yet known but three fire engines are still at the scene. I commend the fire fighters.

"This is exam time so I hope that damage is not too extensive and that pupils can return to school as soon as possible."