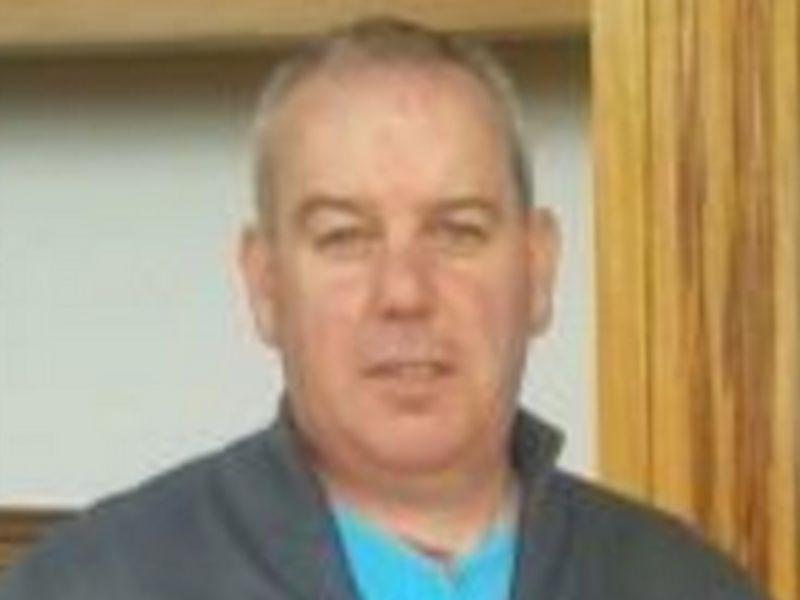 The sudden and unexpected death of Niall (Niddler) McCabe on April 13 at his home at Seaview, Blackrock left the local community and his wide circle of friends in shock and deeply saddened and feeling heartfelt sorrow for his wife and children and close family, especially his mother Mary.

Niall who was given the pet name Niddler by an uncle, was a gregarious and amiable individual who struck up friendships and acquaintanceships naturally wherever he went. He loved people and they in turn had a mutual affection for him with his ever present good humour , and a caring nature to help out people.

This led him to volunteer his service as a driver with the Louth Hospice to transport patients to and from hospital. He was the third last of 11 children of Mary and the late Gerry McCabe. He was also predeceased by his sister Caroline. He went to Blackrock National School and continued his education in the then Christian Brothers and now Colaiste Ris College in Dundalk as well as Dundalk Technical School. At a young age he emigrated to England to work.

He remained there for a time before returning home. He suffered from a heart condition which restricted him. He met with Catriona Coakley from Sportsmanshall, Dundalk 26 years ago, and two years later they married. They set up home in Muirhevnamor before living in Louth Village and then moving 18 years ago to Seaview, Cocklehill Blackrock, only a couple of doors away from the family home in Saint Fursey’s Terrace where he was born and reared.

The couple were blessed with two daughters Vanessa and Stephanie. He was always attentive to his mother, and liked to meet up with his siblings to likewise ensure everything was all right with them. He adored his granddaughter Hazel. He was very proud of his home, and gained pleasure from doing improvements. He enjoyed walking and going for daily walks. He liked a game of golf, and his other hobbies included playing darts and pool.

Most of all he liked to meet up with friends and engage in chat and sharing craic and having a laugh. He had a knack to get on with everybody with his ready smile and cheery greeting. If he was away or on a day out he always ended up talking to somebody or knew somebody.

This was why his passing evoked such shock and disbelief. He betrayed no signs other than he was feeling good to do painting in the home the days prior to his death, and was out the night before and in his usual good spirits ,enjoying a couple of drinks and laughter with friends. His popularity and the regard with which his family is held were reflected in the large crowds who attended at his home and obsequies. His family are very grateful to the paramedics, Gardai and doctor on call who attended to him.

Nephews and nieces brought up the gifts to the altar that symbolised his life, which included a golf club, a betting slip, a lotto slip, a TV remote control and a family photo. They also did the Readings and led the Prayers of the Faithful.

Brother-in-law Declan Quaile at the end paid a tribute to Niall. Burial took place in the adjoining cemetery. Month’s Mind Mass is on Sunday, May 13 in St. Fursey’s Church, Haggardstown at 11am.