Annie Renaghan was a true Gael who adored her club 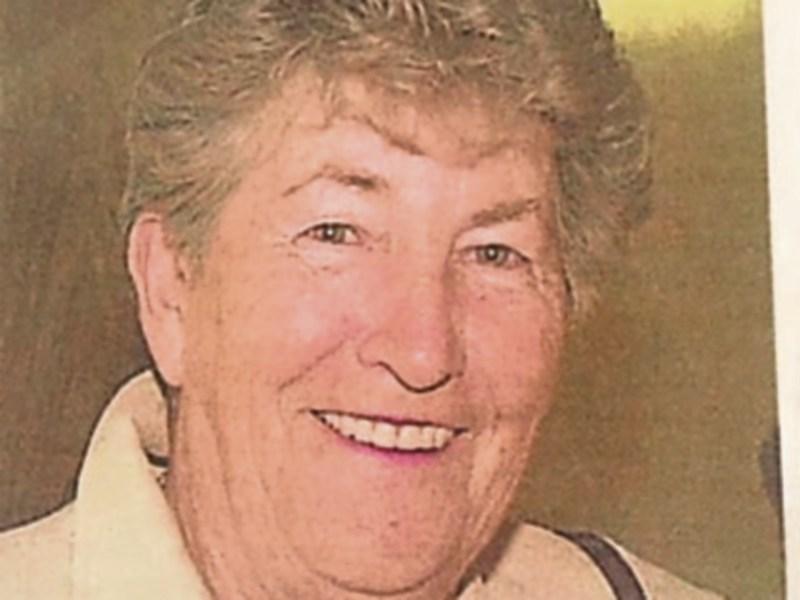 Aged 87, she was the daughter of the late Willie and Julia Tuft of Clermont Park, Haggardstown.

Annie was one of five children, and predeceased by her brothers, Jimmy and Willie. She is survived by her sisters, Peggy and Imelda.

She went on to work in PJ Carrolls, Church Street, Dundalk.

She married Brian Renaghan of Mc Swiney Street, Dundalk, in 1955 and together they settled in Heynestown.

They had three sons and a daughter, Tommy, Jim, Paul and Anne. As a devoted mother Annie delighted in the arrival of grandchildren and subsequently great-grandchildren.

Family aside, she was devoted to her faith and in helping the parish in every way – be it collecting the dues or acting as a Eucharistic Minister.

She loved everything about the GAA and supported with a passion Geraldines GFC and Louth.

One of her proudest moments was being made President of the Geraldines Club, the first Lady President in its 114-year history.

She supported Louth home and away for many years and helped with her great friend Maggie Kileen in looking after everyone with tea and sandwiches on many a winter’s night.

Annie was an avid member of the I.C.A. and a pioneer for 50 years, always proudly wearing her gold pin.

She and Brian loved a good game of bowls and together with a group of friends and neighbours they set up the Geraldines Indoor Bowling Club.

Annie was a true and loyal mother and Gael who loved parish, club and county equally.

Annie is survived by her children, Tommy, Jim, Paul and Anne, sisters, Peggy and Imelda, daughters-in-law, Briege, Paula and Janet and son-in-law, Ivor.

She is also survived and will be deeply missed by her grandchildren, Ray, Liam, Brianóg, Ciarán, Rachel, Evanna, Barry, Claire, Laura, Janine, Cormac, Pauraic, Andrew, Evan and Robert, as well as her four great-grandchildren, Kaitlyn, Lily, Rónin and Zoe, relatives and friends.

After reposing at her son Paul’s residence on the Sunday and Monday, she was taken on Tuesday to Saint Fursey’s Church, Haggardstown.

Her beloved Geraldines colours draped the coffin and the club members performed a guard of honour.

Symbols representing her life were carried to the altar - a bowls ball by Robert Burlingham, a piece of artwork made during her time with the ICA by Cormac Renaghan and a Geraldines’ jersey by Brianóg Renaghan.

The first reading was read by Rachel Renaghan and the second reading by Claire Renaghan.

Ivor Burlingham and Paula Renaghan participated in the offertory procession.

The eulogy was given by two of her grandchildren Laura and Pauraic Renaghan. Laura wrote a poem about Annie’s life and Pauraic bid farewell to the “Renaghan Queen”.

As she left the chapel one last time, it was to the iconic Frank Sinatra song “My Way” - she did it all and she stood tall, but most of all she did it “her way”.

Afterwards, Annie was laid to rest beside her husband Brian in the adjoining cemetery.