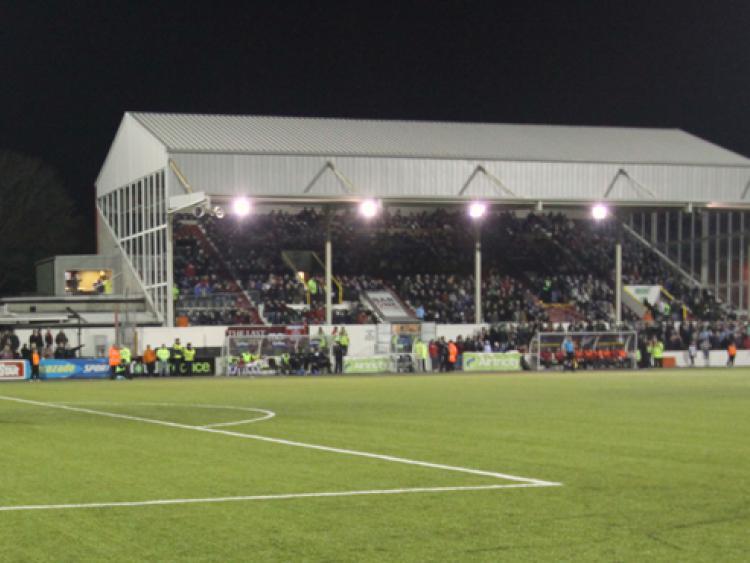 Dundalk FC have released a statement this evening in which they say they have identified the individuals who were involved in the "mindless and dangerous" behaviour after the recent match with Cork City.

"Following the disconcerting incident involving a minority of Dundalk FC fans after the match versus Cork City last weekend, the Club believes it has now clearly identified the three individuals involved in the mindless and dangerous behaviour, which was unprovoked by the actions of Cork City’s fans.

"The conduct of these three individuals is unacceptable, will not be tolerated and does not reflect the spirit and ethos of Dundalk FC.  The Club is one of the main focal points of the Town and will not allow itself to be associated with such behaviour, that brings the name of the Club and the Town into disrepute.

"The Club will ban the three individuals from entering the footprint of Oriel Park and any related Club premises for a significant period of time.  All information, including CCTV footage, regarding the incident has been turned over to the Gardaí and the Club will cooperate fully with the Gardaí’s prosecution of all individuals involved, to the fullest extent of the law.  Furthermore, there were a number of other individuals who were associated with the incident and their behaviour will also be addressed.

"Be assured that the Club will continue to take necessary measures to ensure that Oriel Park is a welcoming venue for all and any future incidents will be taken seriously and dealt with swiftly and in a similar manner.

"The Club would like to thank all those who helped in the enquiry."