The County Museum Dundalk, in conjunction with the County Louth Archaeological and Historical Society, will be hosting an illustrated lecture by Paul Gosling entitled ‘Cumann mBan Badges: Irish Women and Rebel Insignia, 1914-1921’ on Thursday, 22nd March at 8.00pm.

Cumann na mBan or The Women’s Council was established in April 1914 as a women's auxiliary organisation to the Irish Volunteers. Between 1914 and 1921, when the truce between Republican and British forces came into effect, the organisation went through several phases of development. 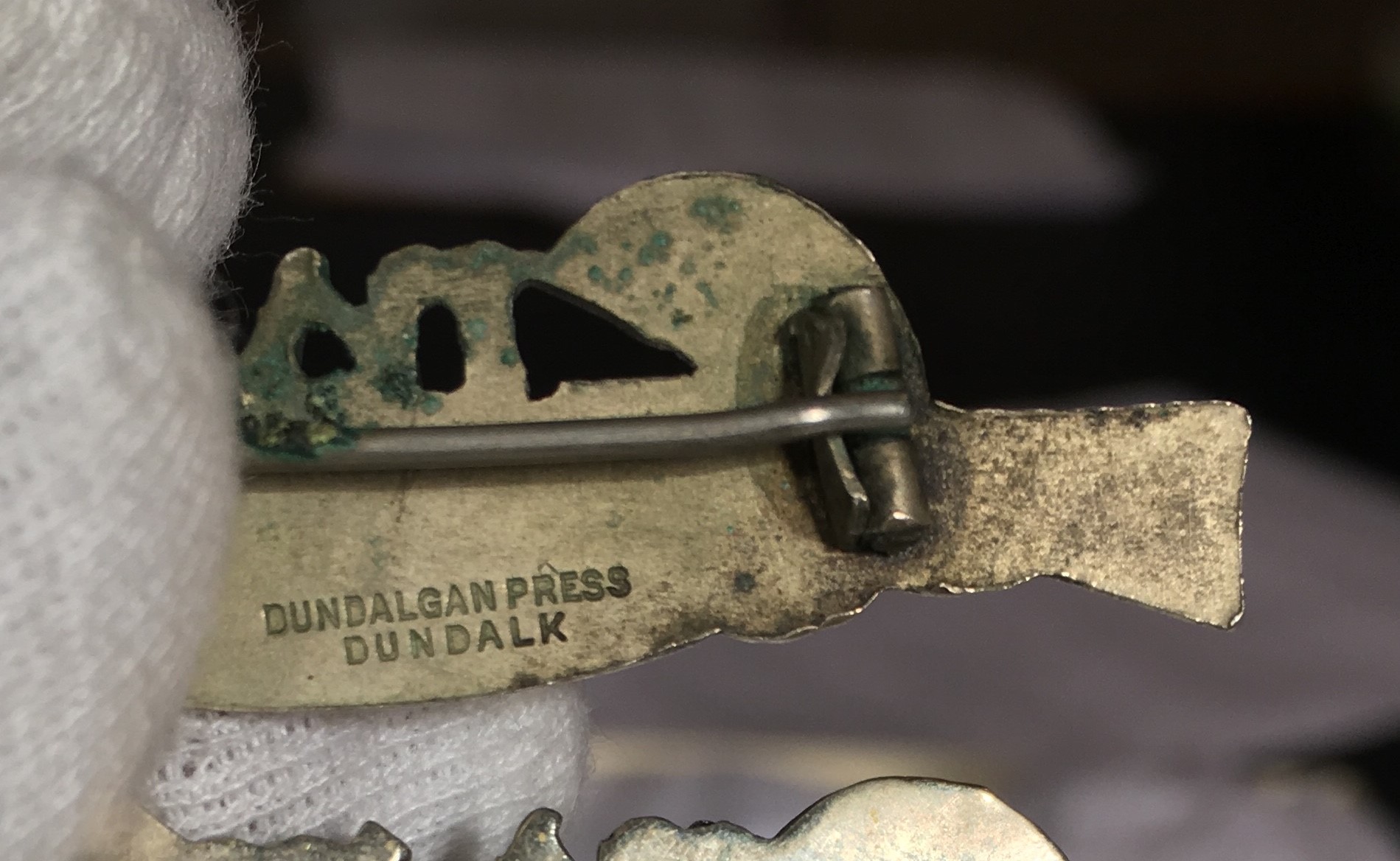 One minor but striking aspect of Cumann na mBan during this period was the creation and distribution of small metal membership badges (see illustration) many of which have since found their way into family display cabinets, regional and national museums and auctioneer’s catalogues.

This illustrated lecture by Paul Gosling of the Galway-Mayo Institute of Technology will explore the origins and design of these badges from their initial appearance as plain base-metal lapel pins in late 1914 or early 1915. By 1921, these humble symbols of membership had evolved into something quite different – mementos of service made from the finest materials (silver and gold). In the process, the design of the badges went through a series of subtle changes which may in some way reflect the evolution of Cumann na mBan itself. Research on the badges is being conducted with Ailbhe Rogers of the National University of Ireland, Maynooth, the results of which are being prepared for publication.

Particular emphasis will be placed on the role of the Dundalk printing company, Dundalgan Press, in the design and manufacture of the Cumann na mBan badges. Their involvement was part of a wider engagement by the company in the production of printed materials and accessories for the republican movement, an engagement which appears to have begun with the rebranding of the company as ‘Dundalgan Press’ in 1908.