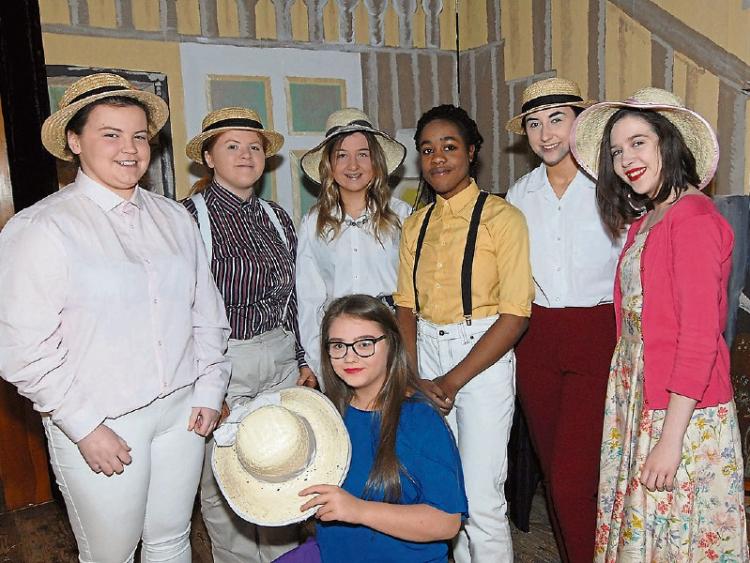 The halls of St Louis Secondary School Dundalk will be ringing to the sound of music next week in the form of ‘Mary Poppins’ – a first for Dundalk audiences.

Producers Marie Meehan and Selena Reynolds who chose the musical were delighted to get the rights for this classic tale of a nanny and two rather forthright children.

"We did ‘Legally Blonde’ last year and it was a hard act to follow but I think this family classic will definitely match up. We have a fabulously musical group this year and their harmonies are wonderful, as is the acting,” said Marie.

Bert, played by Abby Murphy, introduces us to England in 1910 and the troubled Banks family. Young Jane and Michael, played by Fionnghuala Drumgoole and Hazel Mulholland, have sent many a nanny packing before Mary Poppins, played by Eva Carrie, arrives on their doorstep.

Using a combination of magic and common sense, she must teach the family members how to value each other again. Mary Poppins takes the children on many magical and memorable adventures, but Jane and Michael aren't the only ones upon whom she has a profound effect. Even grown-ups can learn a lesson or two from the nanny who advises that "Anything can happen if you let it."

“This is a fully in-house production,” explained Michelle Dolan, Acting Principal. “The show is produced, choreographed and directed by our staff, and the sets are done by the students under the guidance of Áine Mc Enaney of the Art Department. We are so lucky to have so much talent on the staff, and everyone helps out in any way they can.”

Producer Selena Reynolds is hoping for full houses each night. “The girls have worked really hard to get this production ready, and we have reduced the ticket price to €10 this year to allow for more people to attend. You will not be disappointed with our ‘supercalifragilisticexpialidocious’ show if you come along next Wednesday, Thursday and Friday 14-16 March at 7:30pm in St Louis Chapel. Hall”.