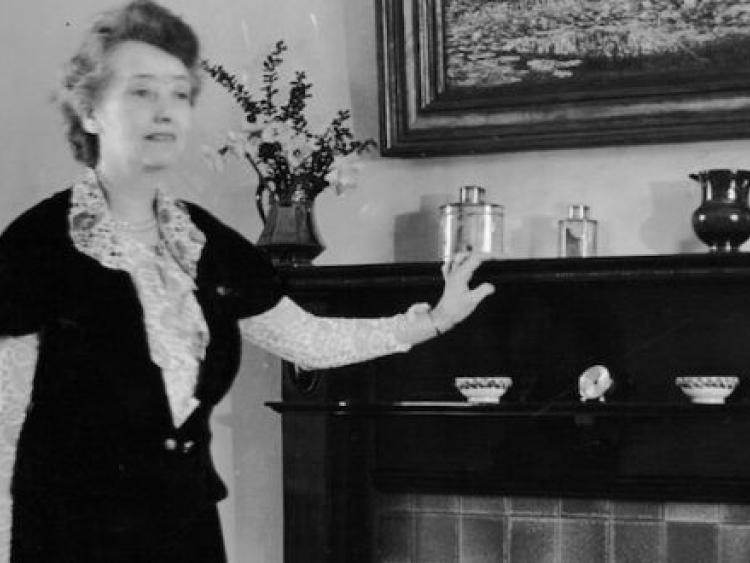 As part of our International Women's Day celebrations here at The Dundalk Democrat, we take a look back at incredible Dundalk women like Dorothy Mcardle.

The talk will be given by Lea Hennessy of the Dorothy Macardle Society, it will take place at the County Library in Dundalk this Thursday, March 8th at 6.30pm. Admission is free.

Lea Hennessy will begin the evening talking about Dorothy’s very varied family background, her conservative, essentially unionist upbringing in Dundalk with her English mother Minnie, who had a British Military background (her father was Paymaster in the Scots Greys and had been billeted in Dundalk Barracks when Minnie was a small child and one of her sisters was actually born in Dundalk) and her father Sir Thomas, prominent in the Home Rule Movement and one of the wealthiest men in Ireland, heading up Macardle and Moore Brewery.

Lea will speak about Dorothy’s siblings, her sister Mona and brothers Donald and Kenneth. They were a family noted for their philanthropy, Minnie helping the poor locally and Sir Thomas a fair employer and a reasonable man. Dorothy might have carried on the charmed life of the educated Anglo Irish intellectual with her interest in Shakespeare, had 1916 not happened.

The path of her life changed forever, but she had a strong sense of justice which sustained her throughout her life as an international humanitarian and never totally abandoned her Britishness to her Irishness which she embraced to the point of ending up in jail. Dorothy was especially interested in how women were treated in Ireland. Her family members were also greatly impacted by this period in history.

Come along to hear Lea Hennessey’s talk and you will get an insight into ‘the making of’ Dundalk’s Dorothy Macardle, bestselling novelist, playwright, journalist, historian, revolutionary, International humanitarian.