1919 - The Transformation of Dundalk 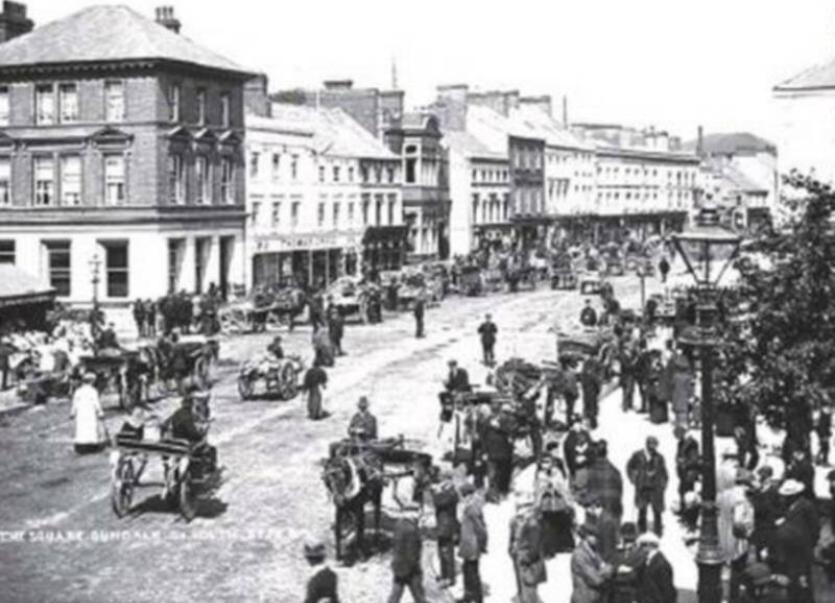 Tomorrow evening, Wednesday February 28, an important historical lecture, sponsored by the Old Dundalk Society, will take place at the County Museum in Jocelyn Street about the events that unfolded in Dundalk of one hundred years ago.

NOTE: Due to the predicted weather conditions expected to hit the region this week, this lecture has been postponed. More details about a new date will be announced in due course.

Delivered by Dr. Donal Hall, who is well known both locally and nationally for his researches and writing on the subject of the effect of the Great War of 1914-18, on Dundalk and County Louth in general, is going a step further with a lecture on what happened here afterwards under the heading of '1919 – The transformation of Dundalk'.

Just recently a friend of mine whose family had been around Dundalk for over 700 years, reflecting on the the subject of commemorations, asked me 'Now that the 1916 commemorations are over --- What next? What are they going to say and do about remembering the effects of the Rising and especially about the Civil War?' Now I knew exactly what was in his mind because, although I have no deep roots in the town I was born here and think I know as much about Dundalk of the past century as anybody around now! The Society's pamphlet about the lecture says – 'When World War One ended in November 1918 and demobilised soldiers came home to a changed world brought on by the rise of militant republicanism. ---- By the end of 1919 in Dundalk. Sinn Fein had taken control of local government, the first violent deaths had occurred, and the R.I.C. was on the point of collapse. This talk will examine how the ending of the World War and the beginning of the War of Independence transformed Dundalk'.

Now I know that the Civil War may not mean much to the young people of Dundalk today but it is still in their physic and, to use a modern term, their very D.N.A. Dr. Hall, and the Old Dundalk Society, are very brave to raise this subject because I know that fifty years ago when the Golden Jubilee of the Rising was celebrated nobody had the courage to discuss openly what happened afterwards. In fact, at the beginning of this very year, I was contacted by a very good friend of mine who was querying what Donal Hall had written in the Journal of the Louth Historical Society about the Rising. I made no comment because I knew well that the person making the complaint was greatly effected by the views of his own family and nothing was going to change that!

On the same subject of the end of the Great War, just last week I was on my way home on a train from Dublin when I was speaking to a man from the centre of Dundalk who remarked that he had just recently noticed an old plaque at the side of Platform 3 of Connolly Station which commemorated men who been killed in the War who had worked for the Great Northern Railway company. He said that he had noticed that there was a name on it of a man named Mills who had come from Seatown, not far from the place where had been born himself. I don't know exactly who this man was but have been told that he was not killed in the First World War but during the Battle of El Alamein in North Africa in 1943 during the Second World War. He was a brother of Marge and Gerry Mills who were old residents of Seatown. He had worked at the Barrack Street Goods Depot before he went off to join the British Army. Oddly, there is a Jason Mills mentioned in a 1916 Tempest Annual of those at the front in the First World War but does not say that he was killed by that date. I wonder was he a relative?

The plaque at Connolly Station does commemorate G.N.R. employees who were killed in both World Wars. It would have been called Amiens Street Station when the plaque was erected but I had not noticed it until fairly recently. What surprised me a little about the plaque was that it states at the bottom that 'they died for their country'.

When I remarked on the fact that I had not noticed the plaque earlier to Brendan McQuaid, former Station Master of Dundalk's Clarke Station for many years, he said that was not surprising because this plaque had been covered up for many years after 1966. It is a good sign of our improved tolerance in this country that it was uncovered again in recent years!

The lecture by Dr. Hall at the Museum tomorrow night commences at 8.00 pm but I would suggest that you try to be there earlier as there is limited seating and I am sure many Dundalk families will be very interested in the subject!