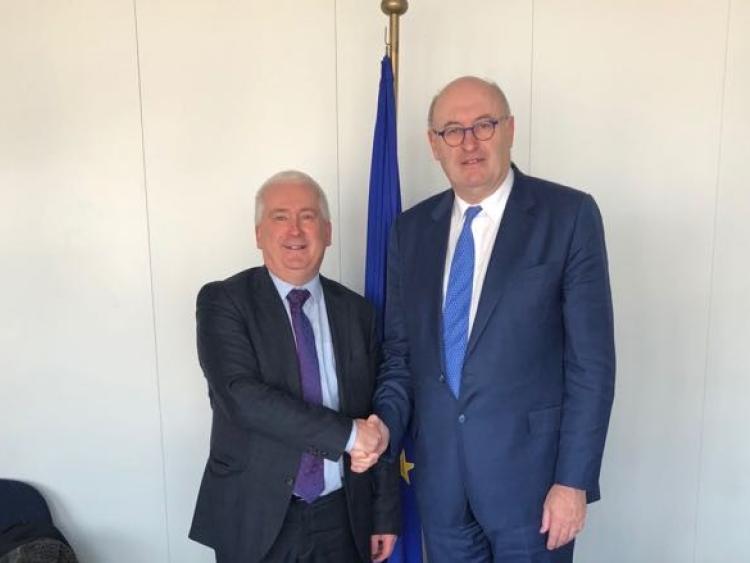 Fianna Fáil TD for Louth Declan Breathnach was in Brussels on Monday and again he highlighted that a hard border after Brexit would be "destructive" for communities in the region.

Breathnach, who also acts as the party's Spokesperson on Cross Border Co-Operation, said the challenges facing border communities must be considered as part of the ongoing Brexit negotiations.

Whilst in Brussels, meeting members of European chief negotiator Michel Barnier's team, Breathnach says he impressed upon them his opposition to a hard border on the island of Ireland.

"This week represents one of the most important milestones in the Brexit negotiations to date," he said. "I have been working with the Fianna Fáil Brexit team to ensure the concerns of border communities such as Louth are taken on board and reflected in the draft Withdrawal Agreement.

“I met with key members of Michel Barnier’s negotiation team earlier today and made it perfectly clear that we simply cannot and must not see the emergence of a hard border on the island of Ireland.

"I highlighted how destructive such a situation would be to border communities," he continued. "I also outlined the need to respect the spirit of the Good Friday Agreement and pointed out that we cannot take peace for granted."

The Deputy also met with Phil Hogan, EU Commissioner for Agriculture and Rural Development, while in Brussels and outlined the detrimental impact that Brexit is already having on the farming and agri-food industry, especially in border areas.

"I argued for supports to be put in place to assist farmers in getting through this challenging time and for the draft Withdrawal Agreement to address the serious issues facing the agri-food industry," he said.

“The Fianna Fáil Brexit team will continue to fight Ireland’s corner and I will ensure that the serious issues facing border communities are not ignored.”

Breathnach's comments come as Tanaiste Simon Coveney, also in Brussels to meet chief negotiator Barnier, said he was happy with the wording of the draft Withdrawal Agreement in relation to border committments made last December.

Before Christmas, the Irish Government said they had received iron-clad assurances from the EU that there would no no hard border between Northern Ireland and the Republic.

"I think people will judge for themselves," Mr Coveney said. "I think they will see it's an accurate reflection of what was politically agreed in December."