Owen 'Joe' Quinn was simply 'one of a kind' 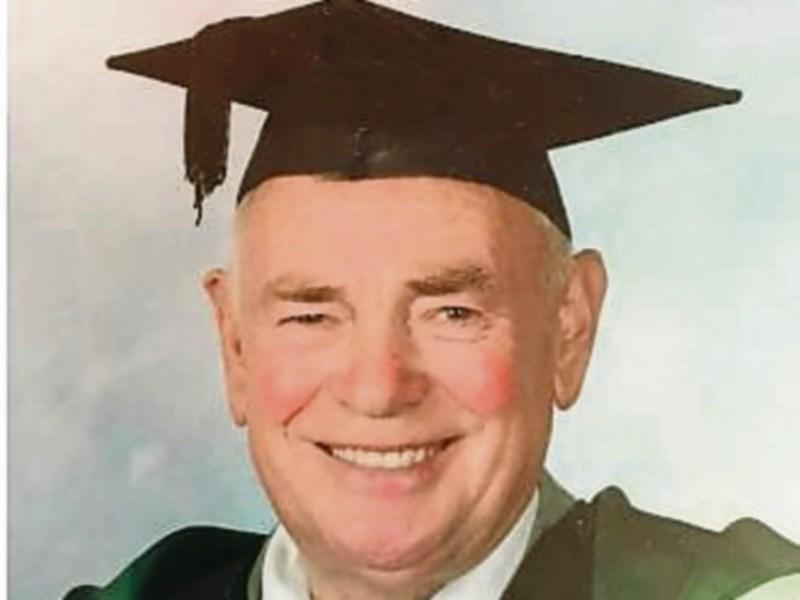 Owen Joseph (Joe) Quinn, Barronstown, Dundalk, passed away peacefully in his home on the morning of the 6th of January last. Joe was a native of Clara, Co Offaly, and was born on the 25th of October 1934 to parents Patrick and Mary Quinn.

In the late 1950’s Joe left Ireland to work in the United States and had a number of occupations whilst there; initially as a Bank Clerk, and then, after completion of his trade exams, as a Refrigeration Engineer, spending a number of years working in the World Trade Centre.

It was at a match in Gaelic Park, in New York, where Joe met Rose Quinn, nee Mc Mahon, (Shelagh), his beloved wife. In 1958, they got married before returning home and taking up residence in Kilkerley, and opening Quinn’s Foodstore, where Rose worked for many years. A hardworking and honest man, Joe found work first in McArdle Coach Builders and in his later years he acted as caretaker in Aitken Barracks, Dundalk.

An accomplished hurler in his youth, Joe played with his parish Clara in Offaly, and also represented the Offaly County Team on a number of occasions. On returning to Ireland in the 1960’s, Joe played for the Clan Na Gael Hurling team for a number of seasons. In his later years Joe enjoyed Refereeing throughout the county at all levels. He was Chairman of Kilkerley Emmets GFC for many years and was a selector on the Kilkerley Emmets Senior Team when they reached their first Senior Final in 1982. In recent years Joe was an Honorary President.

A devoted Husband, Father and Grandfather, Joe was always available to provide help, support and advice to his family. He was a caring human being and one of life’s true gentlemen who lived life to the full. He was a very thoughtful and kind man, often visiting relatives and friends who were elderly or sick. He is sadly missed.

He had a great love of Education and this saw Joe completing his High School Diploma whilst in New York, his Refrigeration Craft exams, and then in more recent years, back in Ireland, he studied History for the Leaving Certificate graduating with Honours. He then proceeded to complete his BA in Humanities from the University of Ulster.

Joe was very active, and had a great interest in Politics. He served on the Board of Cuchullain Credit Union right up to the time of his death. A religious man, he was devoted to Padre Pio and went to mass daily in the Domincan Friary, Dundalk. He was greatly respected and held in high esteem as shown by the large numbers who attended his wake and funeral from all over the country.

Joe was predeceased by his wife Rose, parents Patrick and Mary, Brothers Anthony and Patrick, Sisters Lilly and Mary. He is survived by his son Ray and daughter Deborah, Son in Law, Richard and Daughter in Law, Jane. Grandchildren Niamh, Aoife, Robert, Conall and Dearbhaile, Nieces, Nephews and his many Friends. After reposing at his home his remains were removed to the Church of the Immaculate Conception, Kilkerley where the funeral mass was celebrated by Father Gerry Campbell, with assistance from Fr Michael Flaherty (Nephew) and Priests from the Dominican Friary.

Readings were delivered by Son in Law Richard Kelly and Nephew Patrick Maher. Prayers of the Faithful were read by Grandson’s Conall and Robert, Grand-daughter’s Niamh, Aoife and Dearbhaile. Gifts symbolising Joe’s life were brought to the altar by Grandson’s Conall and Robert and Grand Daughter’s Niamh, Aoife and Dearbhaile. These included a Kilkerley GAA Jersey, a Hurley, a Book of Patrick Kavanagh’s Poems, a Legion of Mary Medal and a photo of his Wife Rose. Offertory gifts were presented by son Ray and daughter Deborah,. The beautiful music which enhanced the ceremony was provided by Kilkerley Church Choir along with Grandson Conall Quinn on the Uillean Pipes and Granddaughter Dearbhaile Quinn on the traditional Irish Harp, whilst the Communion Reflection was provided by son Ray. A Guard of Honour for Joe was formed by Family members along with representatives from Fianna Fail and Kilkerley Emmets GFC. Burial took place in the adjoining cemetery.

The family would like to thank everybody for their support and kindness to Joe over the last few years, especially since the passing of Rose in 2011.

The Months Mind Mass took place in the Church of the Immaculate Conception, Kilkerley on Sunday the 18th of February.