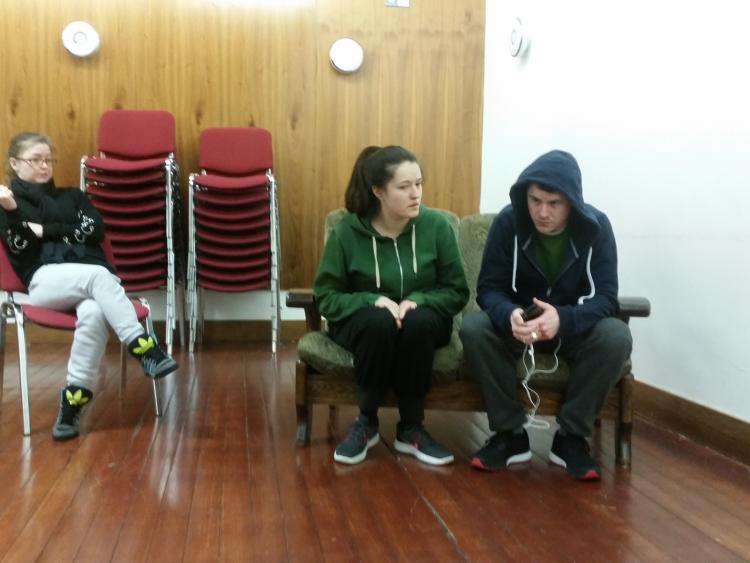 Quintessence Theatre group, An Táin’s resident theatre company, is set to take to the stage with their original production of ‘Some of Our Children’ from Tuesday the 20th of February to Saturday the 24th of February.

The play aims to examine the failures of the Irish Care System, and to shed light on the type of lives the children who go through the system lead. Tickets cost €15/€12, and €10 for matinee performances. Tickets can be booked online or at the box office in An Táin. Alternatively, you can ring Anthony Kinahan on 0872379893 or email quintessencetheatreco@gmail.com.

‘Some of Our Children’ is a fictional new play derived from true stories, and the first production in Quintessence Theatre’s ‘Origins’ season. The company will use their innovative physical ensemble and story-telling techniques to poignantly explore the realities and failings of the Irish Care System.

Anna Simpson, the artistic director, says that Quintessence has been resident of An Táin for nearly four years, and the way in which their actors perform is unique. “We take a different approach stylistically,” Anna says.

“We prioritise the actor, so we don’t use extravagant sets, we rarely use props and we make use of an empty stage,” she explains. “We create environments for the audience using soundscapes, and our actors often multi-role, creating a physical and psychological space,” she adds.

“If we do use props, it would usually just be a handful of chairs, or one prop used transformatively so it would become different things during the performance,” Anna explains. “When we performed The Picture of Dorian Grey, we used pictures frames, they became doorways, newspapers and some characters even wore them,” Anna smiles. “Any props we use have a symbolic significance.

"‘Some of Our Children’ is the first play in our ‘Origins’ season, which will be on for the whole year,” Anna says. “It is likely that this will be our final year of residence in An Táin, and we will be flying the nest so to speak,” Anna says, slightly wistfully. “We wanted the ‘Origins’ season to reflect on where we came from, and our ideas and stories,” she explains.

Anna details how ‘Some of Our Children’ was, in part, brought about by the historical scandals that rocked Ireland in the 20th century. “A lot of attention is given to the mother and baby homes, the workhouses, the Magdalen laundries… the focus is on historical injustices. We have a tendency to say ‘never again, not now’…. people think the problem has gone away,” Anna says. “But have these problems really been solved?” Anna questions.

“One of the artists who works with us is a foster carer, and he brought the idea to me originally,” Anna reveals. “All four company members then did a lot of research to formulate the play. We interviewed people who had gone through the Irish care system, social workers, Gardaí, and foster carers,” she reveals. “The play is fictional, but it is based on the research and the themes that kept cropping up… we made sure to talk to a wide range of people who work in the system, we didn’t want to be biased,” she says carefully.

“This is a story that should be told,” Anna says firmly. “There a systematic flaws, failures and legislative barriers that need to be changed… the general public don’t know the scale of what is going on. I will hold up my hands and say that I wasn’t aware of the state of affairs either,” Anna admits. “When I was doing my research, I was horrified,” she confesses. “There are cases where children are being returned to the house where abuse first occurred, and similar injustices… this happened day in day out, and it is not considered news.” 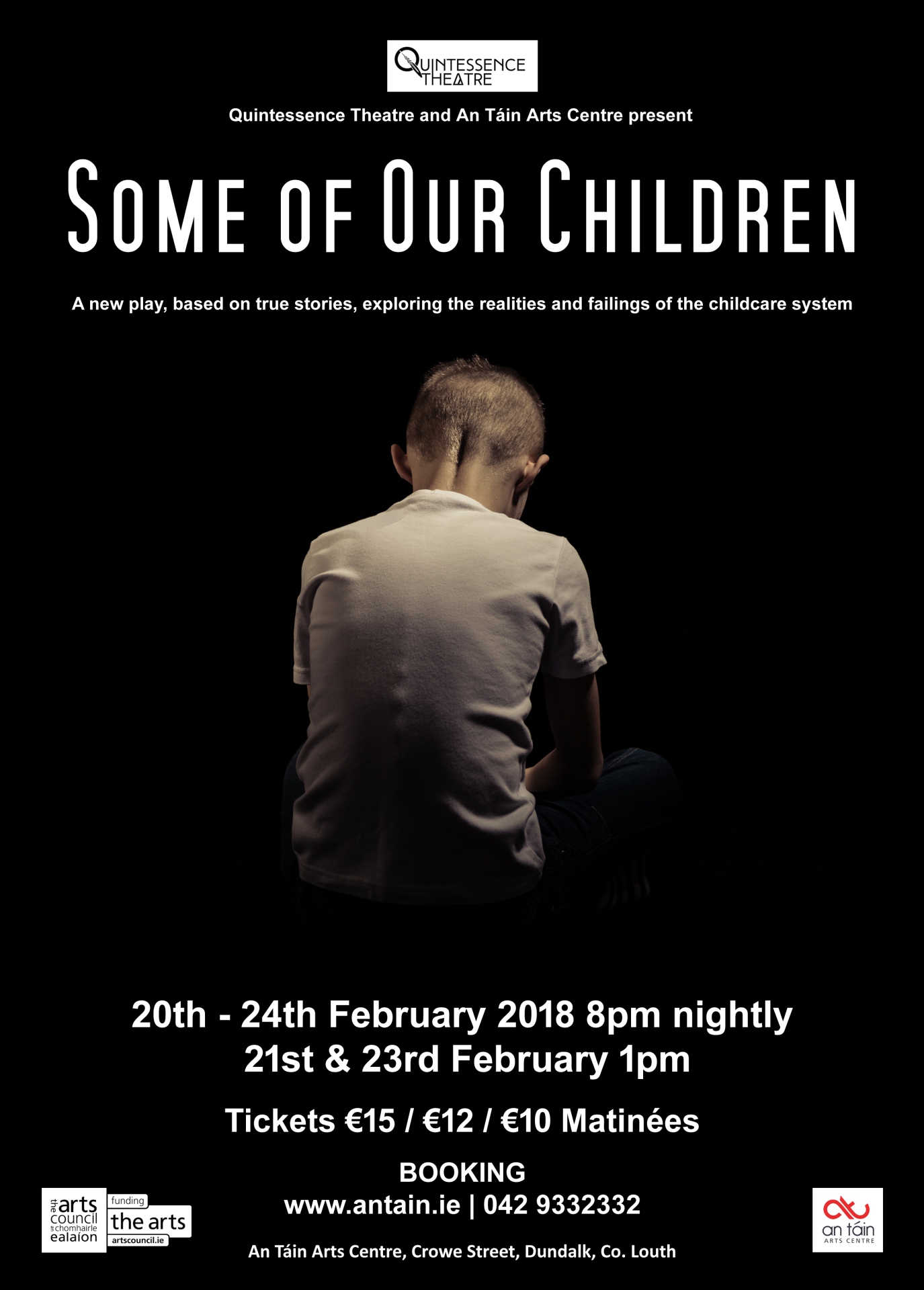 Anna believes that as performers and artists, Quintessence Theatre has the power to raise awareness and offer people different perspectives. “Things will only change if we build awareness. Story-telling is a powerful tool in moving people, it appeals to their humanity,” she explains. “We want to give a voice to the social workers who feel they aren’t listened to, how they don’t have the resources or numbers to cope, and hopefully through our play we can try to address the consequences that systematic failures have on the children in the care system.”

‘Some of Our Children’ was originally a working title, which was a subtitle of a governmental report on the care system from the 1960’s that Anna came across in her studies. “It just stuck with me, some of our children, it shows we are all responsible for these children, we are collectively the state,” Anna says.

For more information about Quintessence Theatre visit their Facebook page