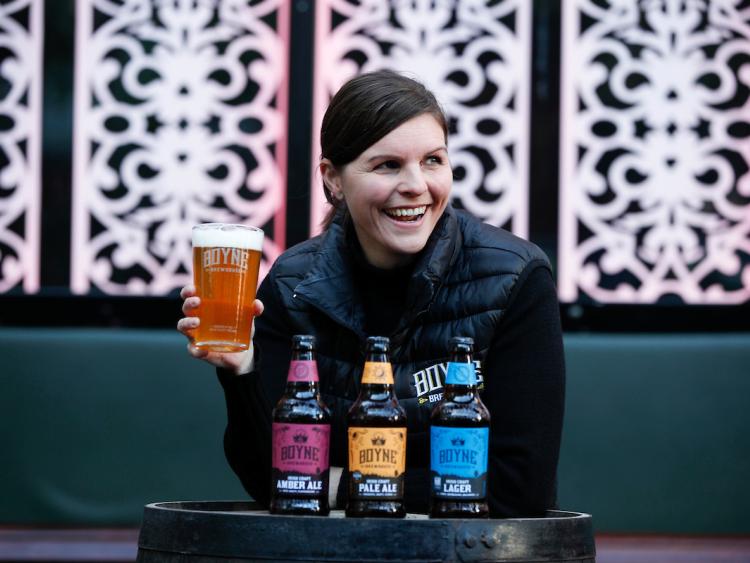 This year’s event will host more than 50 exhibitors including Dundalk Bay Brewing Company and the Boyne Brewhouse in Co. Louth.

The Dundalk Bay Brewing Company is one of the largest craft breweries in Ireland which focuses on contract brewing on behalf of smaller breweries who do not have the capacity to brew themselves. Dundalk Bay Brewing Company operates from the highest quality 45-50HL stainless steel brewhouse, created by engineering powerhouse Spectac International. The brewery is fully automated for all brewing processes and the high-spec facility can be controlled by the touch of an IPhone.

Boyne Brewhouse was founded by the Cooney family in 2015 in the Drogheda and has quickly placed itself among the most awarded craft breweries in Ireland with a range of award-winning craft beers brewed with passion in the heart of the Boyne Valley. There are currently 10 core beers in the Boyne Brewhouse range and just before Christmas 2017, their 330ml cans hit the shelves and they launched an Oatmeal Stout in November 2017.  Speaking in advance of the event Sally-Anne Cooney of Boyne Brewhouse said, “One of the biggest challenges will be to protect the term "craft" and ensure there is transparency in the marketplace so consumers will not be misled.”

With more than 400 brews on offer, the Alltech Craft Brews & Food Fair will showcase well-established favourites alongside new innovations, collaborations, and seasonal specials. The event will also offer a new ‘Distillers Quarter’, capturing the growing interest in craft spirits and cocktails. Attendees will also be entertained by live music on the main stage, live Six Nations Rugby on three of the biggest screens in Dublin and a wide range of tasty eats to complement your favourite tipple.

Conor Farrell, Alltech Craft Brews & Food Fair spokesperson said, “We are really proud of how our Fair has evolved and grown over the last 5 years and it has been fantastic to witness the craft sector flourish in this time. Being an annual event, it provides a great benchmark to track key trends in the sector and of course to taste the latest innovations! In a positive outlook for the future almost two-thirds of our exhibitors have indicated that they are planning to increase their employee numbers in 2018 with many also expanding their offering into the growing food tourism area through the development of visitor attractions.”