Jim Corcoran was part of building tradition in Dundalk 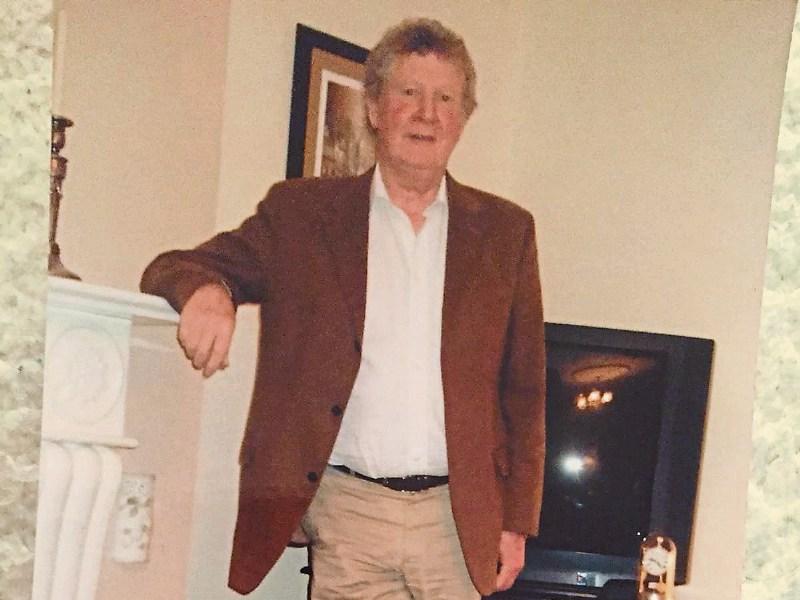 A chartered quantity surveyor by profession, Jim’s first job was as a clerk of works at the building of the Louth County Hospital and then became a. director of Building and Engineering Limited (B&E) which built Dundalk’s first shopping centre on the site now occupied by Tesco before branching out into business on his own. He built the town’s first apartment block at Jocelyn Grove in the 1980s.

Aged 80, Jim was one of six children of Thomas and Annie Corcoran (nee Gaughran) from Culhane Street. He was 14 when his father died, but his mother and the community of De La Salle ensured he finished his education and Jim completed his leaving certificate in 1955.

In 1960 he married Marie (nee Donnelly), the daughter of local soccer legend, Joey Donnelly. They started married life in Templeogue, Dublin where their three daughters, Eileen, Annie and Grainne were born.

Jim loved his hometown and returned to Dundalk when at 29 years of age he was made a director of Building and Engineering.

The firm built many shopping centres all over the country. Jim branched out on his own and while building remained his core business he embraced other opportunities such as consulting and during the 1970s he owned The Coachhouse, a pub on West Street in Drogheda, which became a great success. Jim threw himself into the local Boyneside community, participating in the festivals and events, and getting involved in the town of Drogheda.

Jim had a great zest for life. He looked on the light side of life, and enjoyed every moment. Life was for living and enjoying – he always saw the positive in people and things. He had many interests and loved. He played the guitar and he happily entertained people whether at home for parties, or in his local pub, the Shamrock, in Seatown.

Music had been a big part of his upbringing as piano and violin were the instruments his siblings and he learned to play. However, it was music of the 50s, 60s and 70s that really appealed to him.

Jim loved horses and kept a number of them. With his young family he spent many a weekend either riding across the fields, or racing each other in traps on the small country roads.

He also had an appreciation for vintage transport and owned a 1929 Rolls Royce which he used for his own pleasure but also was happy to drive it in the Maytime and Bonanza festivals and for couples for weddings. It was always a pleasure for Jim to do this.

He was a big supporter of Dundalk Soccer Club. He followed the club’s fortunes all his life and attended matches on a regular basis, often bringing his grandsons with him. He was very proud to be the son-in-law of the late Joey Donnelly, who had been captain of Dundalk FC in his day, as well as an Ireland international player who was capped several times.

When he took time off work, Jim and Marie liked to travel and visit interesting places. They went on many a foreign trip such as to the Bahamas and Hawaii, a place with which Jim fell in love. They kept in contact with people they met there for many years.

Jim often travelled to Rome where his youngest daughter, Grainne, lives with her husband, Giovanni, and their two sons, Federico and Alessandro. His grandsons were the love of his life.

They spoke most days on the phone and spent weeks together each summer either in Ireland or in Italy. Jim had only a few words of Italian, but his charismatic personality and twinkly blue eyes spoke for him and he travelled around, making friends everywhere he went.

Family was the most important thing for Jim, especially in his later years when he had time to devote to them. Having raised three daughters, he was delighted to have two grandsons to talk about sport, particularly football and also music.

Jim was diagnosed with a combination of Alzheimer’s disease and vascular dementia eighteen months ago. Since August 2017 he was cared for with great dignity by the wonderful staff in Dealgan House Nursing Home.

Jim’s death will be deeply mourned by his loving family and his wide circle of friends.

Having reposed at his daughter’s house in Knockbridge, Jim’s remains were taken to Saint Joseph’s Church (The Redemptorist) in Saint Alphonsus Road where Requiem Mass was celebrated by Rev. Fr. Eamonn Hoey CSsR and his family are very grateful to him for conducting a beautiful service.

The Readings were given by daughters, Anne and Grainne and the Prayers of the Faithful were led by daughter, Eileen, son-in-law, Giovanni, nephew, Mark Corcoran, niece, Ruth Gavin, niece, Mary Coffey and sister, Madeline O’Connor.

In a particularly poignant touch, Jim’s grandsons, Alessandro and Federico shared their thoughts about their grandfather with the congregation and Federico sang a verse of Jim’s favourite hymn, Amazing Grace.