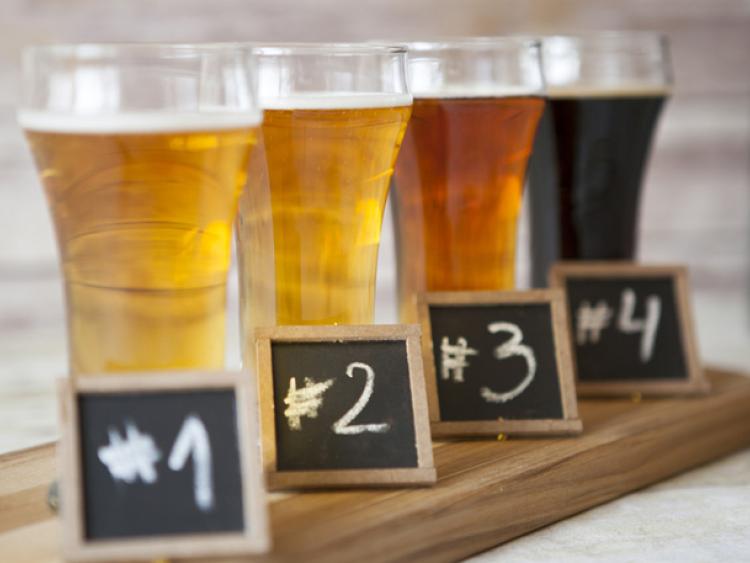 Dundalk Bay Brewing Company are having a beer tasting event tonight in the Glyde Inn at 5pm, with live music afterwards from the Full Shilling. Admission is free so why not come along and enjoy some tasty beer?

Conor O’Neill, managing director of the Glyde Inn, says he is looking forward to the event. “Dundalk Bay Brewery is a brand-new company, and I had a conversation with Ken, who is part of the marketing and sales team there, and we thought a beer tasting event would be a good idea,” he explains. “We want to promote the new product, we might put it on tap or even design our own craft beer,” Conor says. “I think that Dundalk Bay Brewery will also become part of the Boyne Valley Food Series, which is exciting.”

“I suppose there is a tradition of brewing in Louth,” says Conor. “There was Harp, now we have Carlingford Brewing Company and Dundalk Bay Brewery is an exciting new addition,” says Conor. “Some places in Louth already have it on tap, I think the Windsor do, and we want to promote it in mid-Louth.”

Dundalk Bay Brewing Company are an independent and 100% Irish owned brewing company based in Finnabair Business Park, Dundalk. The brewery was launched in 2017 by Faye Healy. According to the company, they are the “best brewery in Ireland, built by top-class Irish company Spectac International.”

Faye Healy is also a director of Spectac International, which manufactures stainless steel products. Dundalk Bay Brewery is completely automated, and the only brewery in Ireland to have such high-tech, recipe driven procedures.

According to Dundalk Bay Brewing Company, quality is very important. “Quality is our key point here at Dundalk Bay Brewery Company. We strive to focus on quality and consistency from a top down point of view, from our brewery, processes, to our end result– the beer!”