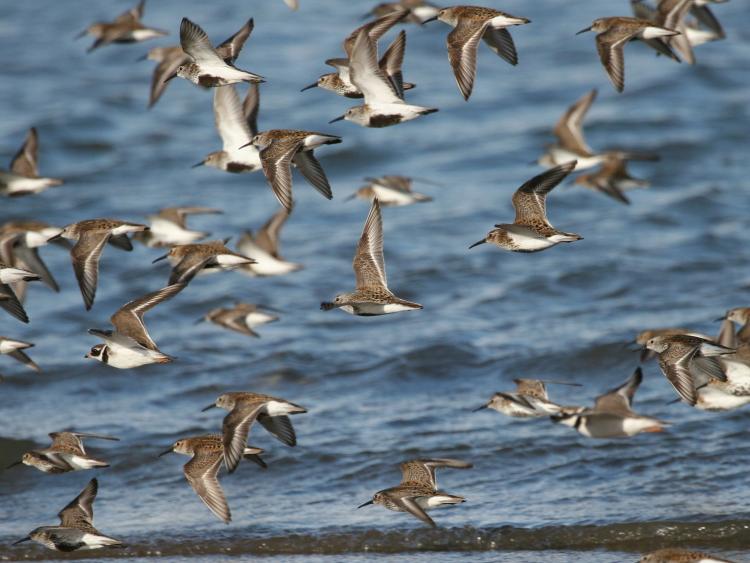 Louth Nature Trust and The National Biodiversity Data Centre are running a workshop for avid bird-watchers and environmentalists on Saturday the 17th of February in An Grianán, Termonfeckin, Co. Louth.

The workshop will take place from 10am-4pm and there will be field work included. Tickets cost €30 or €20 for students and can be booked here. Breffni Martin, the founder and director of Louth Nature Trust, will be hosting the event.

The workshop aims to give an introduction on the regular and not so regular breeding and over-wintering waders in Ireland. “Participants will take home insights into the biology of various species, aspects of wetland bird ecology and conservation threats, but the talk will focus on identification in the field, looking at wetland bird plumages and how and where to find and observe waders in Ireland,” according to The Data Centre. The workshop will also feature a two-hour field trip to the Boyne estuary where participants can put their new-found knowledge into practice.

Ben Malone, the Administrative and Engagement Officer at the National Biodiversity Data Centre in Waterford, says that biodiversity is important because it not only sustains and supports our survival, food and services, but it also underpins our society. “We aim to reintegrate people’s understanding of biodiversity because sometimes the message is lost,” says Ben. “Biodiversity is part of an all-encompassing nature, which includes agricultural and horticultural sustainment,” he continues.  “We are highly dependent on biodiversity, as is our economy, and it is something we are trying to get across to politicians.”

“Co. Louth also has made a tremendous effort in recording biodiversity, which is something that they should be commended for,” Ben added.

“Wetland birds and waders are birds that have specialised feeding habits, their prey and food are found in estuary sands, and they tap into an ecological niche,” explains Ben. “They are rarer than your average bird, you won’t find them digging up worms or feeding from the bird seeds you leave out in the garden,” he says. “They are found near lochs and estuary habitats.”

“The environment and habitats are always in danger due to development,” says Ben. “Changing dynamics in a habitat upset the balance of nutrients and the availability of food,” he explains. “We have Specially Protected Areas, SPAs as they are known, where there has to be an assessment before developments can progress. A lot of these SPAs are close to estuaries.”

“We need to build up the energy reserves in estuary habitats, not only for our local birds, but also for migratory birds. We have a duty to look after these species. They need to have enough energy to fly home to the Arctic Circle,” says Ben emphatically.

“It is important for us [The National Biodiversity Data Centre] to promote environmental awareness because who else will do it?” Ben asks. He says a top-down approach will not work. “A grassroot, community approach is needed to ensure environmental stability, we have a responsibility to prevent future generations being impacted down the line,” Ben says.

“There has been research done on the link between access to green spaces and good mental health, and it was interesting that when the government suggested that some of Dublin’s green spaces be used to build more housing, a lot of people objected,” says Ben. “Our mental health is attuned to nature, we live in a world where we are consumed by too much media and technology and are losing touch with reality and the outside world,” he says. Ben therefore believes maintaining our green spaces and preserving our environment will have wide-reaching benefits for society. He also thinks instilling the idea of a connection to nature in National School curriculums would be a good idea.

The Louth Nature Trust was founded in 2008 and is a voluntary, non-profit conservation group. The organisation aims to protect the county’s natural resources and to promote awareness of and interest in the landscape, wildlife, flora and fauna of Co. Louth. The founding directors of the Trust were Sandra McKeever, Margaret Reilly, Peter Philips and Breffni Martin.