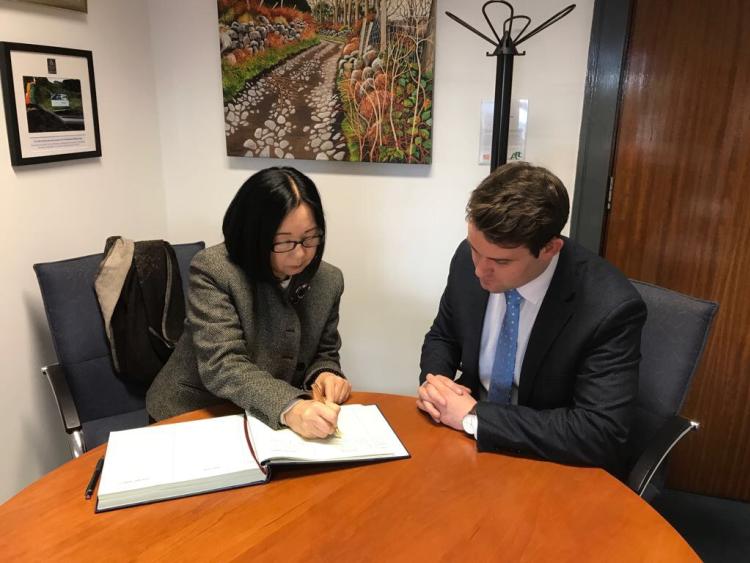 Ms. Yamamitsu was in Dundalk to meet with both Cllr. McGahon and the staff of National Pen on the aftermath of the death of Yosuke Sasaki.

Ms. Yamamitsu first called to County Hall and meet with Cllr. McGahon for 45 minutes before concluding her visit in National Pen where she met with staff and friends of Yosuke.

Commenting on the visit Cllr. McGahon said "Ms. Yamamitsu spent the morning in Dundalk to show the Japanese Embassy's appreciation and thanks for the show of support that Dundalk provided after the tragic death of Yosuke.

Ms. Yamamitsu mentioned that the huge turnout at the vigil surpassed all their expectations and they wanted to convey their gratitude to everyone who turned out that evening.

She also said that the family of Mr. Sasaki were extremely grateful for the warmth and generosity that Dundalk has shown to Yosuke and his family in recent weeks.