A LOCAL woman who saw the teenager accused of killing a Japanese man arrive at Dundalk District Court last night has said she is “shocked”.

Adele Keough from Belfry Drive, Dundalk was in the area on Crowe Street on Thursday, January 4 just before 7pm on an errand.

“I was just passing by. I didn't plan to go there. I wasn't expecting it,” she said.

A crowd of people had gathered on the street waiting for the accused teenager Mohamed Morei to arrive. 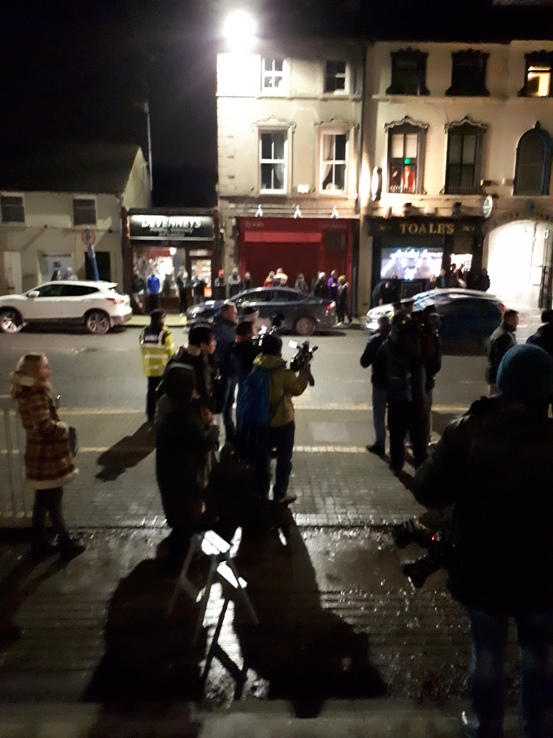 Above: The scene on Crowe Street before Mohamed Morei arrived at Dundalk District Courthouse

A large number of people in the crowd acted in an aggressive manner and shouted racist taunts at the 18-year-old as gardai escorted him into Dundalk District Court.

Mr Morei was charged with murder at The Crescent, Dundalk at 5.20pm yesterday. He appeared at a special sitting of Dundalk District Court at 6.57pm.

Mr Morei, whose nationality has not yet been confirmed, was brought into Dundalk District Court in handcuffs in relation to an attack which left one man dead and assaults which left two men with non-serious injuries.

Speaking to the Dundalk Democrat just after 9am this morning, Adele explained that she had decided to leave a bunch of flowers for 24-year-old Yokuse Sasaki, the Japanese man who died after suffering fatal stab wounds on the Avenue Road on January 3.

“It's just a gesture. I work in Dublin but I decided this morning to get some flowers and leave them here,” she said.

“I don't know him or his family but it's a tragedy. It's awful for Dundalk. Words can't describe it really. Lord have mercy on the poor guy.” 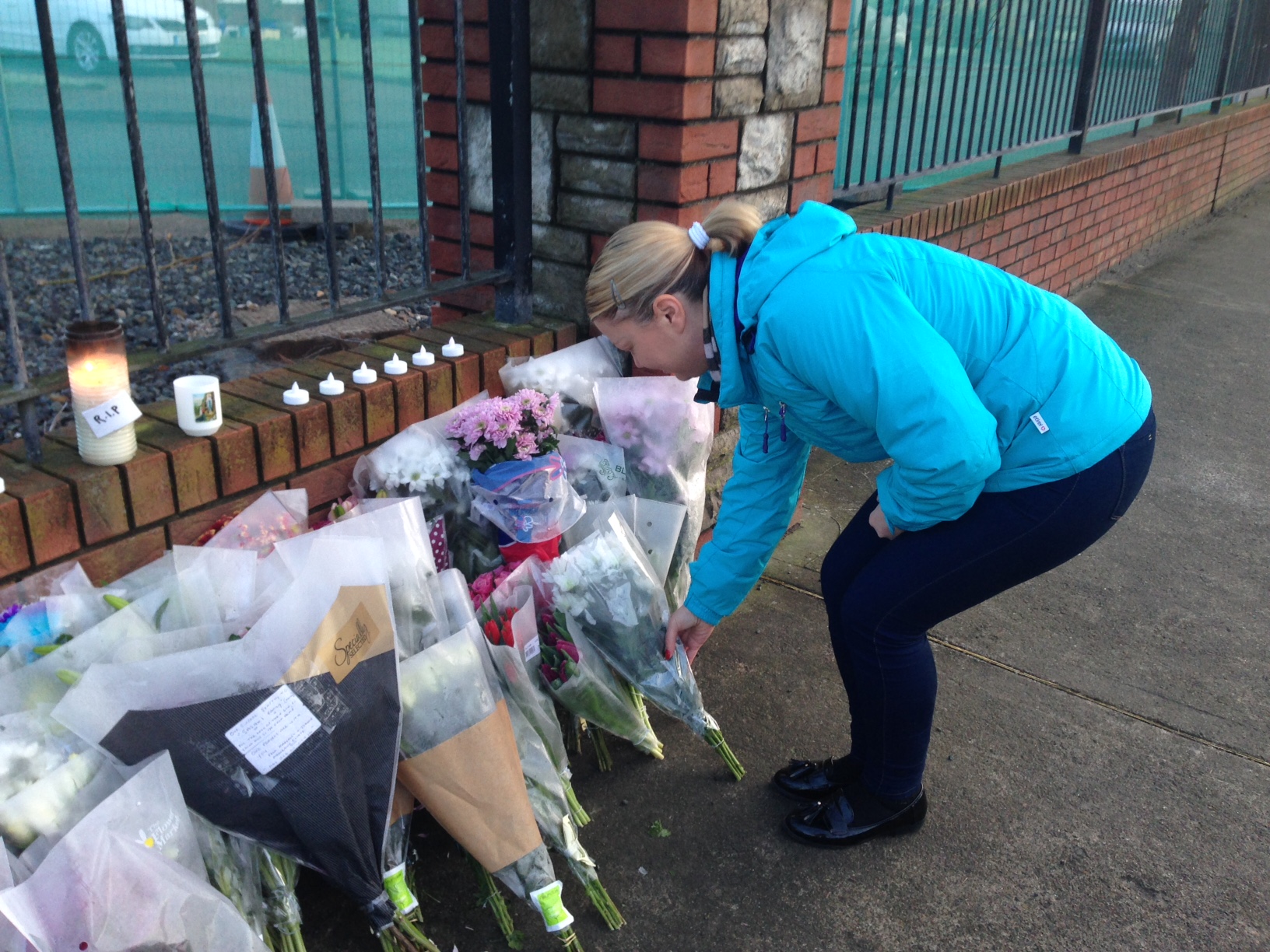 Above: Adele Keough from Belfry Drive, Dundalk laying a bunch of flowers on the Avenue Road for the late Yosuke Sasaki

The court heard that there is an issue with Mr Morei's nationality. An application was made to remand the accused in custody.

The judge granted the application and the teenager has been remanded in custody. He is due to appear before Cloverhill District Court on Thursday, January 11, 2018 by live video link at 10am. 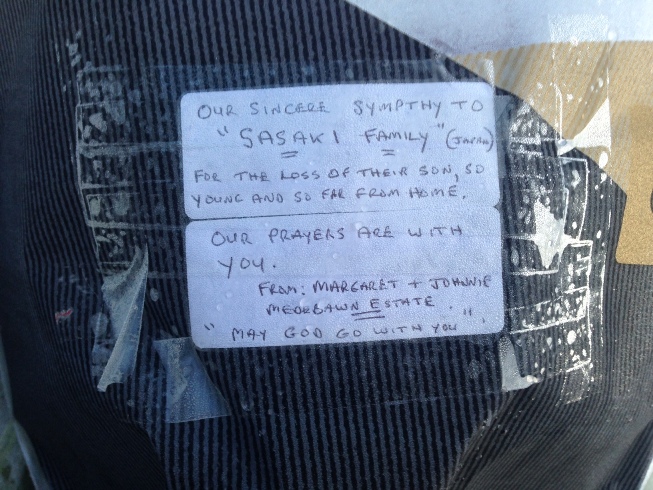 Above: The message on a bunch of flowers left on the Avenue Road for the family of Yosuke Sasaki by Margaret and Johnnie from Medebawn Estate