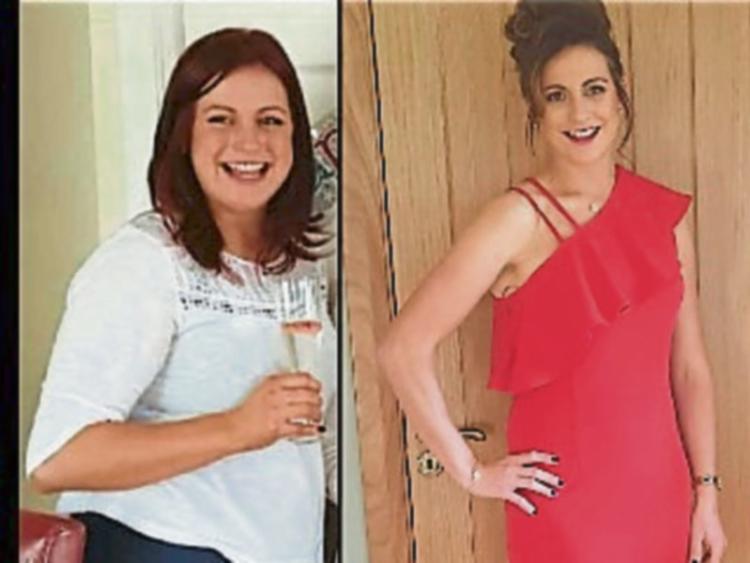 Edel Bowhan from Philipstown in Dunleer

THIS time last year, Edel Bowhan from Philipstown, Dunleer was feeling really fed up, frumpy because her clothes didn't fit over the Christmas period.

With four children and a busy lifestyle she was feeling overwhelmed about taking the first step to shed the pounds.

So on January 7 2017, she joined her local Slimming World group in Ardee with Lynne and she literally has never looked back.

Edel joined with a friend for support and she totally felt at ease the minute she walked through the doors. She told the Dundalk Democrat that her confidence grew every week as she began losing weight.

She says that she totally embraced the plan from the word go as all the fabulous free food fitted easily into family meals and without ever having to cook separate meals for herself .

Cooking healthy versions of Spaghetti Bolognese, Pan Fried Boxty and Pizza ensured that the whole family embraced the plan and supported her throughout.

What’s more, replacing jars of sauces and cooking her own sauces from scratch which isn’t just far tastier but more economical as well.

It was key for Edel that the food she was cooking was suiting the family with four children under 11 including twin baby boys .

The children now also embrace plenty of fruit and vegetables at meal times and a huge variety of healthy meals.

Edel started gentle walking and running in March and completed the Dundalk 10km in May. Once she had that under her belt she went on to join Team Carrie and went on to run the 2017 Dublin Marathon .

She now loves Body Magic so much that she runs a few races every month whether it’s a 5km or 10km.

Again the whole family is now very active, engaging in family trips which include plenty of walking and activities with Slieve Gullion being a favourite.

Her daughter Caoimhe has also got the exercise bug taking up Gaelic and a bit of running as well.

Edel went on to lose over three stone in six months and has being maintaining since with the help of her running. She also enjoys a takeaway and a glass of wine on a Saturday night within her Slimming World plan so she never feels deprived.

Her underactive thyroid is now a thing of the past and she’s off all medication.

One of Edel’s wishes was to get into River Island skinny jeans and she is now the proud owner of a pair and she now says that shopping is a pleasure rather than a chore.

Edel loved going to the group each week to get all the help, hints and tips to keep herself motivated and really enjoyed the taster days when members brought in recipes to share in group.

For more details call 087 9839776 or check out the Slimming World website for a local group in your area.