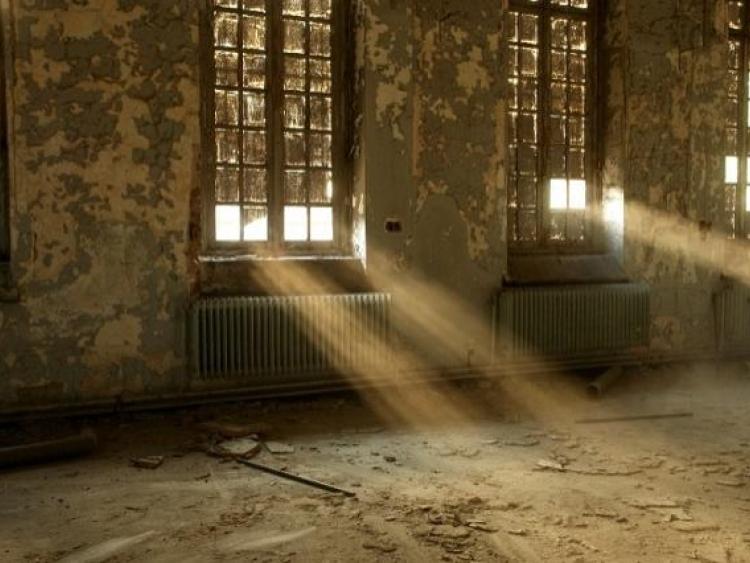 Most people like to hear a good ghost story, whether they believe it or not, and this is especially true around Christmas Time! When I was a young reporter I used hear those who thought they were much wiser than their ancestors say 'There are no ghosts around Dundalk any more; they were all banished with the coming electric light!' Well, that was more than sixty years ago and I can assure you that, since then, I have met many people who sincerely believe that they have had some eerie experiences that cannot be easily explained. Whether they were telling the truth or not I cannot say, all I can believe is that they were not all liars, just looking for attention!

In my own time at school I can recall that there was a boy of about my own age who was laughed at for years because he had been seen by the neighbours battering on the door of his own home in a street off St. Mary's Road, screaming 'Mammy I seen a ghost!' It seems he had believed that he had seen an old Marist Father walking down along the wall surrounding the playing fields before disappearing through a door in it that had been bricked up for years.

There are are ghost stories from all around the town, from The Soldiers Point to Castletown Mount, and most of them I have been told about relate to events that have occurred long after the electric light came to the streets of Dundalk in 1912.
One of the strange things about these ghostly yarns is that most of them are about relatively contemporary events and it is seldom that you hear about the spectres being dressed in old fashioned clothing.

The great exception to all this is the monks of the Seatown area who are often thought to be connected with one of the two old monasteries in the area and to have been around for over 600 years!

Indeed, many of the ghosts of Dundalk seem to have a bases in the belief that the dead have come back seeking forgiveness for something they had done or neglected to do. I have had no great experiences of ghostly apparitions but have seen and heard things that were difficult to explain at the time. Mostly however, I believe that such experiences were just projections of my own imagination and often these experiences have occurred when I was in a half-waking state and cannot be sure that they were not just dreams?

One of my own favourite ghost stories at Christmas Time was not about a person who had mysteriously died but about a cat named 'Dick'. This old stray Tom had sneaked into the Democrat offices in Earl Street after Christmas and had ingratiated himself with the Editor, himself an old man. The cat was around for years and most of those who worked there tolerated him because there used to be rats in basement and Dick kept them at bay. Dick was not universally popular however, as some of the younger printers objected to the mess he left around, especially when they were directed to clean it up!

Then one Christmas time Dick had disappeared when we returned after the holiday break and most of us assumed that he had got outside and could not get back in. Some months later stories began circulating that the ghost of Dick was haunting the place at night time. It all culminated one night when one of the apprentices came up out of the basement in a state of hysterics and claimed that he had been threaten by the old cat that had grown, according to him, to an enormous size and developed red flashing eyes!

The more cynical of the older printers said that it had occurred because this particular apprentice had got tired of his 'cat toilet' duties and had poisoned 'Dick' over the holiday period! How, he was supposed to have disposed of the body we never found out but the same apprentice would never go back into a deserted part of the building again his own!