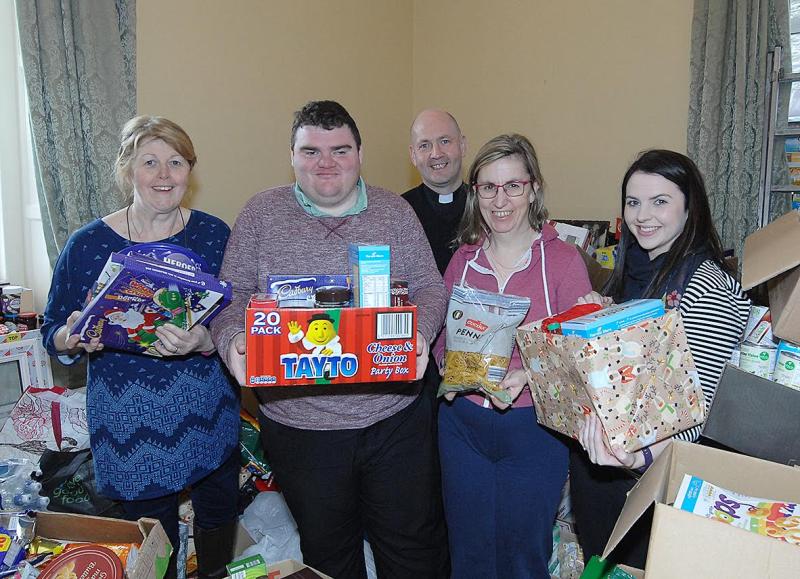 As most of us rush around laden with shopping bags full of gifts over the Christmas season, it's important to spare a thought for the people who are struggling to make ends meet.

Throughout 2017, the homelessness crisis in Ireland seemed to worsen. Irish media was filled with stories of people who couldn't keep up with rising rents and were forced to sleep rough or go into direct provision.

Rose told the Dundalk Democrat: “When we started giving out the food parcels two years ago, the first week we had 20 people coming to us. Now we have at least 145 people coming to collect parcels at a time.”

Indeed after our chat Rose rang me to tell me that the collection on the morning of Friday, November 15 was their largest food parcel collection to date.

“This morning broke all records. We gave out 251 food parcels,” revealed Rose.

And St Patrick's volunteer team are hopeful they can smash that record for their Christmas food parcels onFriday, December 22nd.

Whilst St Patrick's Parish has been running the soup kitchen for twenty years, parish volunteers noticed a gap in services and began handing out weekly food parcels to cater for 'families under 18' and 'elderly people who didn't want to come to the soup kitchen' from 2015.

Many live in Poverty Behind Closed Doors

Working on the frontline of the charitable service has allowed Rose to observe the rise of poverty amongst families and individuals living in the Dundalk area.

“We see a mix of everything in terms of people coming to collect our food parcels.
We see everyone from young families, mothers coming to us after dropping the kids off at school and the elderly. We even see people coming to us who used to volunteer. Plenty of people are coming because they've had a change in circumstances. Many have lost their jobs.”

Rose also noted that there are also many people in the Dundalk area who are facing hardship behind closed doors.

She said: “There are people in homes who are worse off than the homeless. Just because they have a home, doesn't mean they aren't struggling.

“It really opens your eyes to what's going on on your own doorstep. When you you have a choice of what you want to eat every day, it makes you aware of how well off you are.”

Grateful for the Help

Rose has also told how some people are so grateful to get the help, they are keen to give something back.

“We had a woman coming to collect a food parcel recently and I asked her if it was okay and if she would use the food that was in it and she replied 'whatever is in it, we'll use it,” Ms. Bailey said.

“There was another woman who gave me a Euro towards a food parcel. She was so grateful to get it she was trying to give something back to us. It could have been the only Euro she had for the week.” 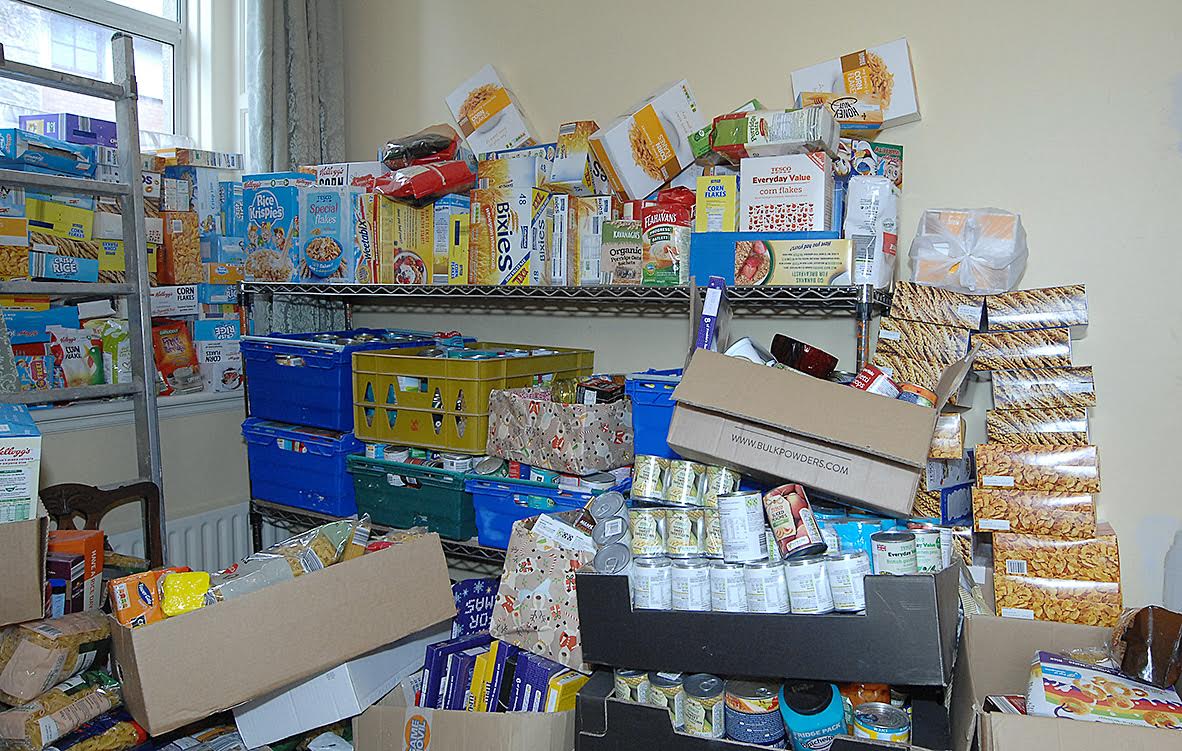 Packing the Parcels for Christmas

In the run-up to their busiest time of the year, St. Patricks Church kindly found some time to show the Dundalk Democrat around the parochial house. We could hardly make it in the door of the donations room - food items were piled high to the ceiling.

Shelves were heaving with boxes of breakfast cereals, rows of tinned goods, crackers, pasta, and even a few selection boxes.

Rose and her daughter Katie, who works as a social worker with St. John of God's, and a further eight volunteers were preparing to roll their sleeves up for an evening of packing “like the elves” to ensure local families don't go without this Christmas.

However, despite the large quantity of donated goods, the volunteers say there's never quite enough to keep up with the demand.

And whilst the soup kitchen volunteers were delighted with the donations they received for Christmas, Rose said they were keen for people to send in the badly-needed donations all year round.

“People have been very good with donations this year. We actually don't have enough space to store it all. But we would ask people to keep going and send in donations all year, not just at Christmas,” Rose said.

How to Donate & Volunteer

Non-perishable foods that they can keep using are the most needed, but volunteers stressed: “We'll take anything.” The group is not actively seeking clothing donations, but Rose says practical items like sleeping bags (in good condition) and cash donations are on their list.

“We don't take people for Christmas Day, as we get a lot of interest in volunteering for this time of year. We're more interested in long-term volunteers. Just call the parish office to register your interest,” Rose explained.

When asked if she had a message for people who might need to avail of their services over Christmas or any other time of the year Rose said: “We'd like to tell people if you know anyone in need, let them know we don't ask questions about their circumstances.

“Our door is always open. You just come and collect your food parcel. It takes a few minutes to come upstairs, and get your parcel. We're all friendly here, so there's a bit of chat with people we've gotten to know.”

“I want to thank all of our volunteers and anyone who donated in any way, throughout the year.”

St. Patricks Parish Soup Kitchen will be giving out hot dinners on Christmas Day. f you would like to avail of the service, you can place your name on the list in the parochial house.

The soup kitchen operates Monday, Tuesday, Wednesday, Thursday, Friday and Saturday evening at , and Sundays from to in the building to the left just outside St Patricks Church. Food parcels are given out on a Friday morning from 10.30am to 11.30am at the side of the Church.

Visit www.facebook.com/StPatricksParishSoupKitcheFoodParcels/ for more information or contact Rose Bailey on 086 3718 194.