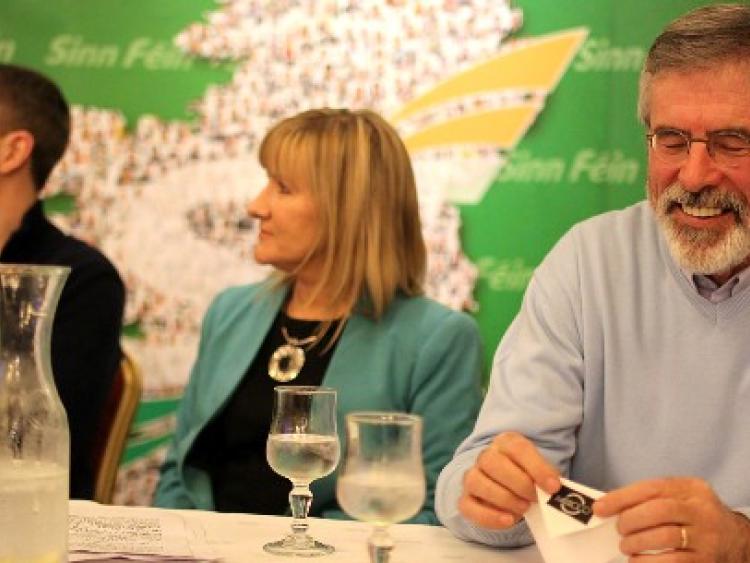 DUNDALK man Ruairí Ó Murchú has been selected as the Sinn Féin candidate to contest the next general election in Louth alongside Imelda Munster.

Mr Adams announced at the Sinn Féin Ard Fheis in November that he would not be seeking re-election to the Dáil and that he will stand down as party President when a new leader is elected at a special Ard Fheis before the end of February.

Speaking last night, following the convention at Ramada Hotel in Dundalk, Mr Adams said: "The Sinn Féin membership in Louth has selected two excellent republican public representatives to contest the next general election on behalf of the party.

"I want to congratulate both Imelda and Ruairí. They will have my full and active support. Our job is to continue winning people over to our politics here in Louth. We are about building a party that will transform society on this island.

"We want to bring about a real republic in which citizens in Louth have access to decent jobs, affordable housing and quality healthcare."

Mr Adams added: "This also means ensuring that families in this constituency are not deprived of mental health and respite care services. It is all about equality. It is all about fairness. That is the mission statement of our party.

"I've no doubt that Imelda and Ruairí will do a great job in continuing to fight for the rights of ordinary citizens in Louth. My message to the people of this constituency is to join Sinn Féin.

"Everybody has something to offer. Everybody has a part to play. Get behind the candidates. Let's make sure that two Sinn Féin TDs for Louth are returned to the Dáil at the next general election."