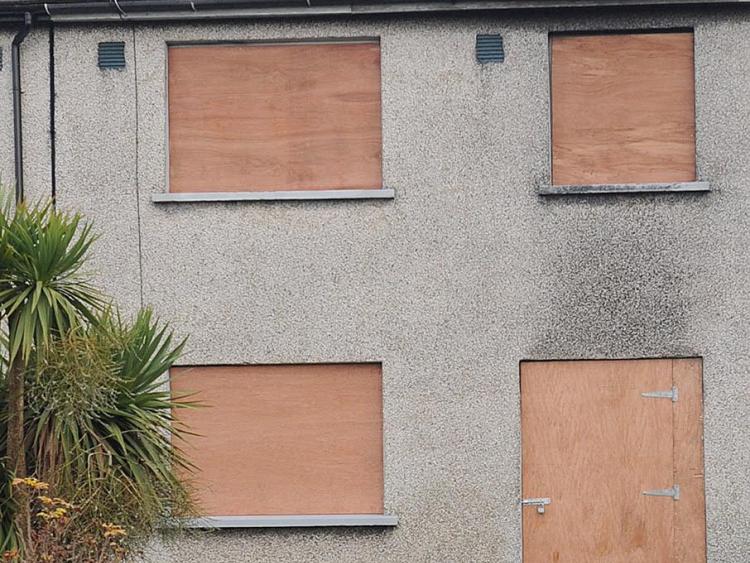 The house in Drive One, Muirhevnamor that was set on fire

A 65-year-old Dundalk man who is being treated in hospital after he was rescued from his burning house is due to be discharged either today or in the coming days.

The arson attack on the house in Drive One, Muirhevnamor is being treated as attempted murder by gardaí. The case is currently being investigated by the Crime Unit based at Dundalk Garda Station.

The victim was upstairs when he heard something being thrown through his letterbox at around 10.50pm. It is believed this item caused the property to catch fire.

The man alerted emergency services and he was discovered shortly afterwards in the house. The man, who had been overcome with smoke, was rushed to Our Lady of Lourdes Hospital, Drogheda for treatment.

He was still being treated in hospital over the weekend but it is understood the man is due to be discharged either today or in the coming days.

A neighbour of the victim told the Dundalk Democrat: "He is the quietest man on the street. We're glad he was found alive and that he's doing okay. It could have been a lot worse."

A garda spokesperson is appealing for anyone with relevant information to contact Dundalk Garda Station on 042 938 8400.