Traders call for regeneration of Bridge St in Dundalk 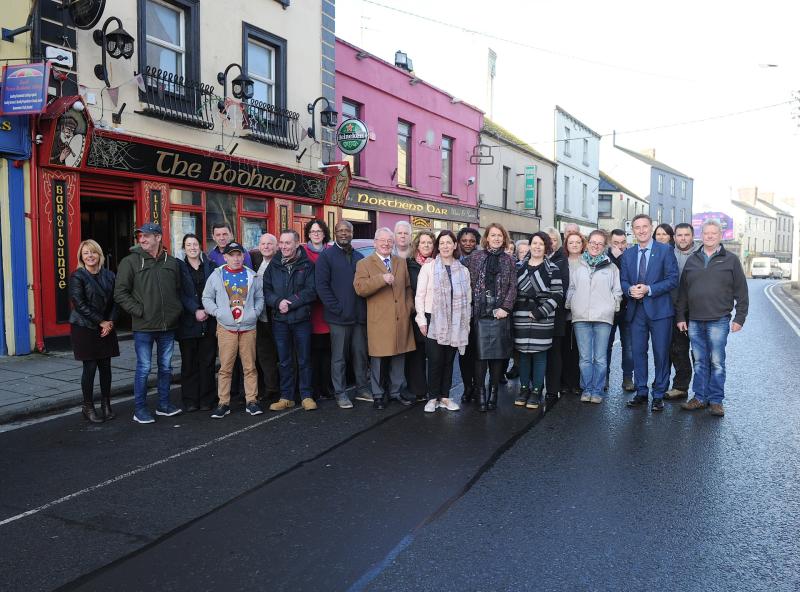 Traders on Bridge St in Dundalk are calling for the regeneration of the street.

A new group of traders and residents of Bridge St and the surrounding areas have called on local council leaders to encourage the regeneration of the busy street.

The group met with Louth County Council and their consultants to preview the plans for the investment of €4.4 million in street regeneration across Dundalk.

A spokesperson for the group said: “The Council secured funding to improve the town from the Square to the Bridge, but they’ve since decided to cut Bridge of the plan for budget reasons.

“Historically, Bridge St has been repeatedly excluded from improvement works and investment, and now suffers from almost 40% vacant rates, much of which is due to properties having fallen into significant disrepair and dereliction."

Speaking to the Dundalk Democrat, Joanne Lavelle of the Bridge Street Regeneration group expressed the disappointment local residents and traders felt once they learned their street had been overlooked for funding.

“There is a lot of structural work to be done on Bridge Street because it's been let go for so long. It's no longer attractive to use as a thoroughfare.

“However, there remains a strong community of independent traders and residents who want their environment regenerated and treated as part of the town .”

She stressed that the Bridge Street group were keen to work together with local to help improve the street.

Joanna said: “Bridge Street can't get better on own. We want to work together with local to help fix it.

“We have a small but very active commercial community here in Bridge Street.

“From Priority Printing and Bridge Street Studios to the two undertakers, Ella's Cafe and Milano's takeaway on the corner. It's a very nice mix of traders.

“There's also a strong residential community in Bridge Street made up of apartments and flats.”

“Bridge St has the potential to be a thriving community of traders and residents again, and also play an important role in the communities along the Castletown Road, the Newry Road Legion Avenue.

“Bridge Street is their high street, and they deserve to have it back. We have been overlooked for far too long, and now want action to be taken urgently before the street gets any worse.”

The group is calling on the council to make a commitment to address the 'urgent need to regenerate the area'.

Specific actions the group is calling for include:

Create a Masterplan on Bridge St regeneration as part of the town improvement plans.

Include Bridge St in the Clanbrassil St / Church St Architectural Conservation Area (ACA) to enable owners to access funding through the Structures at Risk 2018 fund.

A Facebook Group, St Nicholas Quarter (Bridge Street Community & Traders Area Regeneration), has been set up, and people are invited to register their support for this Regeneration Campaign.