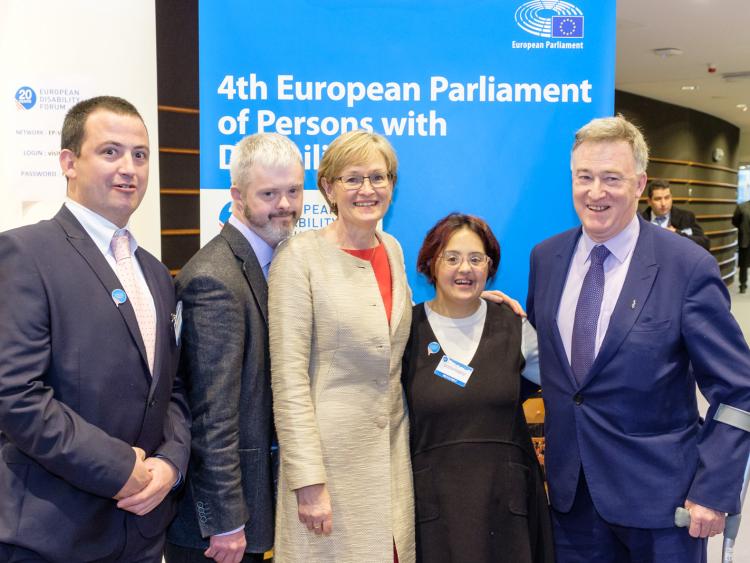 LOUTH representatives from the Irish Disability Federation have been hosted by MEP Mairéad McGuinnes at a conference in Brussels.

Ms McGuinness hosted the Irish Disability Federation group for the fourth European Parliament of Persons with Disabilities (EPPD) in Brussels.

The Louth group joined over 700 participants from across Europe for the full day conference which was previously held in 1993, 2003, and 2012.

The EPPD marked the International Day of Persons with Disabilities on December 3 and the 20th anniversary of the European Disability Forum.

"I was delighted to host the Irish Disability Federation at this very important event. The EPPD is a unique opportunity for European citizens with disabilities, both leaders and grass-root activists, to have a dialogue with their elected representatives and speak up for their rights," said Ms McGuinness.