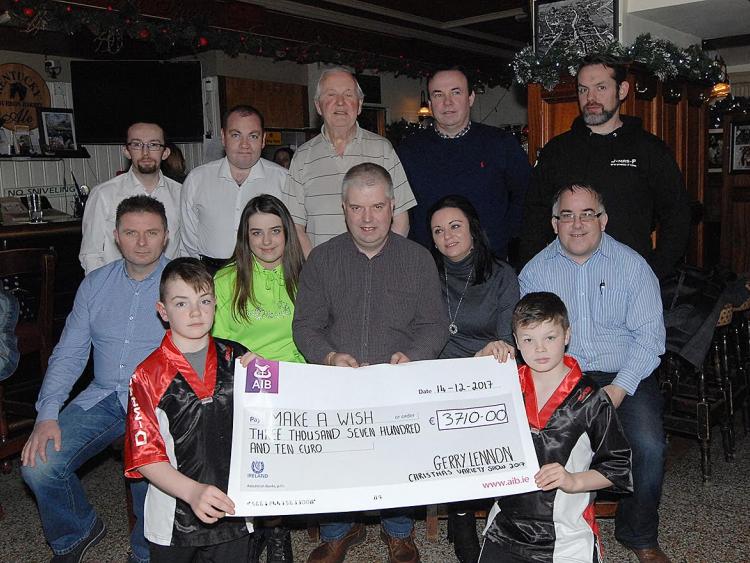 A DUNDALK man who raised thousands of euro for charity with the help of 870 children from the town presented a cheque to the Make A Wish Foundation yesterday.

Gerry Lennon from Bachelor's Walk presented a cheque for €3,710 raised from a Christmas Variety Show to Make A Wish representatives in the Century Bar at 7.30pm.

“I'd like to thank everyone involved. It's a fantastic achievement and I was delighted to be able to present the cheque to Make A Wish,” said Gerry.

Children from Dundalk and Blackrock teamed up to participate in the variety show which was held in the Town Hall on December 2 and 3.

“I've been fundraising for Make A Wish for the past five years. I did car draws and things like that. I'm delighted we finally got to do the variety show,” he said.