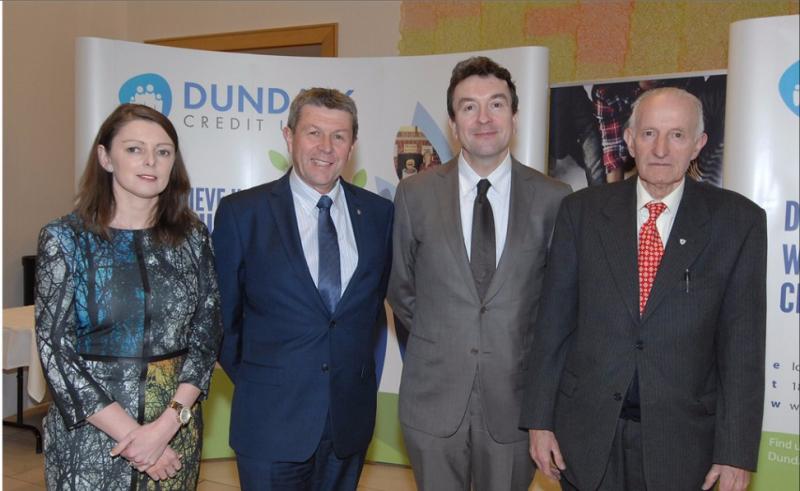 The out-going Chairman of Dundalk Credit Union, Tom D’Arcy, told a packed and very successful AGM in the Town Hall on Tuesday December 5 2017, that “Dundalk Credit Union had a very good year and has maintained its position and reputation as one of the strongest Credit Unions in the Country. He said he was pleased to be proposing to the meeting to return almost €1.5m to members by way of dividend and loan interest rebate”

Alan Farrelly (UHY Farrelly Dawe White, Auditor to Dundalk Credit Union, informed the meeting that: “The strength and solid financial position of Dundalk Credit Union’s balance sheet at the 30th September 2017 meets all regulatory requirements and in fact surpasses them”.

While in his presentation to the AGM, Billy Doyle, CEO said that : “Dundalk Credit Union is very much open for lending with 93% of all loan applications totalling €25m approved during the year. Dundalk Credit Union has ample funds available for lending and we are eager to lend. There is no waiting period for new members to borrow”.

At a meeting of the new Board of Directors which was held immediately after the AGM concluded, Paddy Donnelly was elected as Chairman of Dundalk Credit Union. Sean McDonald was elected as Secretary of the Credit Union and Jennette Hardy as Vice-Chairman.