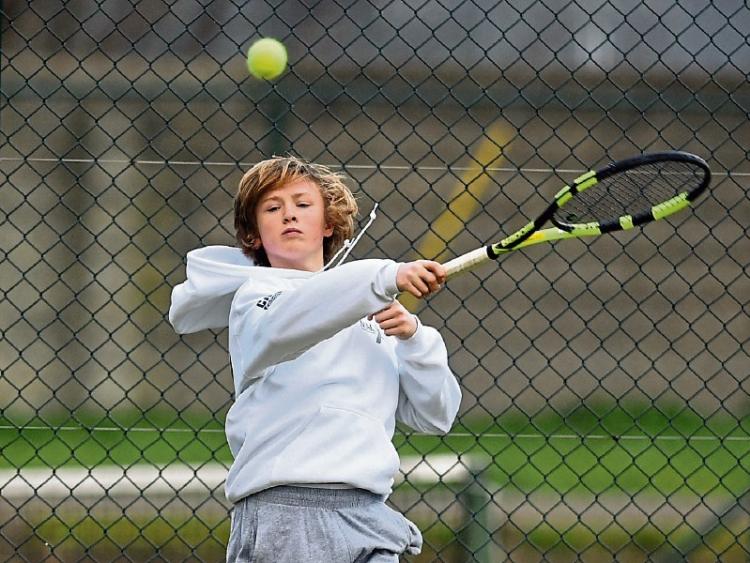 A Dundalk teenager is gearing up to go head-to-head with the best young tennis players in the world at the Junior World Championships in Miami.

14-year-old Freddy Murray, who trains under former Irish Davis Cup Professional John McGahon at Dundalk Tennis Club, will fly out to the US for the Orange Bowl tournament taking place on December 13th.

The tennis playing teen has topped he national ranks of the under 12 and under 14 age groups in Ireland. Freddy will be following in the footsteps of tennis greats such as Andre Agassi, Boris Becker, Rodger Federer, Steffi Graf, Hana Mandlíková and Monica Seles, who have all previously competed in the Orange Bowl.

In preparation for the big event Murray will fly out this week in order to adjust to the weather conditions, get used to the courts and eye up his fellow competitors. The tournament will be held at the prestigious Miami Open venue of Croydon Park in Key Biscayne, Florida. The Dundalk teen will also play in some warm up tournaments based around North Miami Beach and Pembroke Pines, Florida.

Coach John McGahon said: “This is an amazing achievement for Freddy. He has been at the top end of Irish tennis U12 and U14 and it is now time to look at the future of world tennis.”

“It is an ideal opportunity and experience for Freddy to put himself amongst the lions of the game and test himself against the worlds best junior athletes.”

He continued: “Each match of Freddy’s will be analyzed to the finest detail including the percentages of winners, errors, unforced errors, serving percentages, court coverage, net play and returning stats.”

“We will be able to use this trip as a platform to plan for the year ahead in 2018 to set new goals and targets for the journey ahead.”

Murray will be the second athlete in three years to compete at the world championships main event – Marie Perla Biansumba competed at the Miami tournament in 2014.

Coach McMahon added: “Everyone at Dundalk Tennis Club wishes Freddy the very best and hopes he enjoys the journey.”

Dundalk Tennis Club works with schools around Dundalk to promote the game of tennis and has an excellent streamlined tennis programme where players can now develop from beginners to international tennis players at Dundalk Tennis Club.