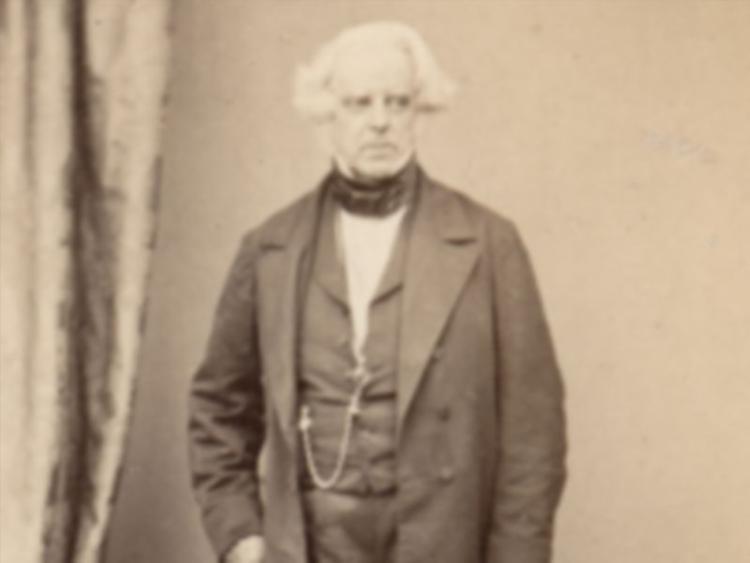 The Dundalk Railway Heritage Society will fulfil a long held ambition of unveiling a plaque to the memory of Sir John Macneill of Ballymascanlon, one of Ireland's greatest railway engineers and a man who was responsible for bringing many engineering skills and employment to the Dundalk area during a time of great change. The date of the ceremony has been fixed for Saturday December 9 at Jocelyn Street and it is expected that there will be a good turn out for the event which will be held at 11 am.

The event has the support of the Louth County Council and other local bodies and will record an era of the coming of the railways which has made the town of Dundalk what it is today. The plaque will be placed on the front wall of the old Masonic Hall at Jocelyn Place which is a fitting spot as it faces the Presbyterian Church and School where Sir John, possibly, received his early education from Reverend William Neilson, responsible for a non-denominational school that provided training for many others, such as inventor Nicholas Callan.

A man of mystery

Much has been written about Sir John Macneill but he still remains, to some extent, a man of mystery. Born at the place that is now known as Mount Oliver House in 1793, he was involved in much controversy during his long and eventful life but there can be no denying that he left a great legacy to the North Louth area. One of the things about him which I had not known previously was that he had received some of his early civil engineering training with Alexander Nimmo when he was working for the Government on the reclamation of Irish Bogs in the early part of the nineteenth century. The name Nimmo might not mean much to the people of this area but he did come to the attention of Irish television audiences with the screening of the excellent documentary about his sketches of Irish landscapes of nearly 200 years ago. These scenes might have been lost forever but for the skill and artistry of Nimmo and, perhaps, Macneill learned a lot which he applied to his later work on Irish railways, especially in building bridges.

Another aspect of Nimmo's work that may have impressed itself on the young engineer Macneill was in the construction of the Navvy Bank at Dundalk Harbour Estuary in the 1840s. The work was designed by Sir John Macneill at the request of the Dundalk Harbour Commissioners to build an embankment from Soldiers Point to the Steampacket Quay. It cost about £22,000, a lot of money in those far off days, was completed in 1840 and did much to improve Dundalk Port over the next century.

It is also now one of Dundalk best amenities areas, thanks, mainly, to Sir. John's inspirational work. The whole area must have been in sight of John when he was growing up at his father, Torquil P. Macneill's, house across the Castletown and Ballymascanlon estuaries. He may well, as a boy, pondered upon the beauty of the seascape and wonder what he could so to preserve it for the future. Proof of this is the fact that he named his eldest son Torquil Nimmo Macneill which otherwise might seem a strange selection of Christian names.