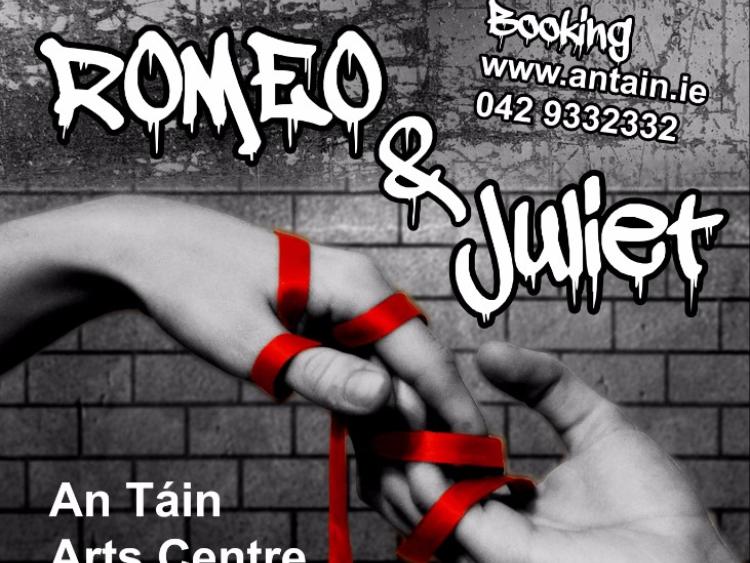 Louth-based Quintessence Theatre Company has announced its fresh take on the Shakespearean classic Romeo & Juliet is coming to An Táin Arts Centre, Dundalk, from 27th-30th November 2017.

In fair Verona the Montagues and Capulets exist in perpetual violent opposition. Brawls abound and blood spills in a macho urban world defined by conflict.

But as gang feuds rage, love blossoms: at first glimpse Romeo and Juliet fall desperately and wholly for each other, with tragic consequences...

Stylised, expressionistic, and bursting with an energy that embodies the youthful frenzied passion that made this text so iconic Quintessence Theatre use their slick, innovative physical ensemble story-telling techniques to tackle the greatest love story ever told.

Relocating the world’s most famous lovers to late 90’s Louth and lives defined by opposition, plagued by historical conflict, and intertwined with toxic masculinity, Quintessence lift the Bard’s poetry from page to stage in gritty, moving and vivid detail.

Performed by a talented multi-roling company and directed by Anna Simpson, a Creative Associate of the bPleasance Theatre, and Practitioner with Shakespeare’s Globe, London.