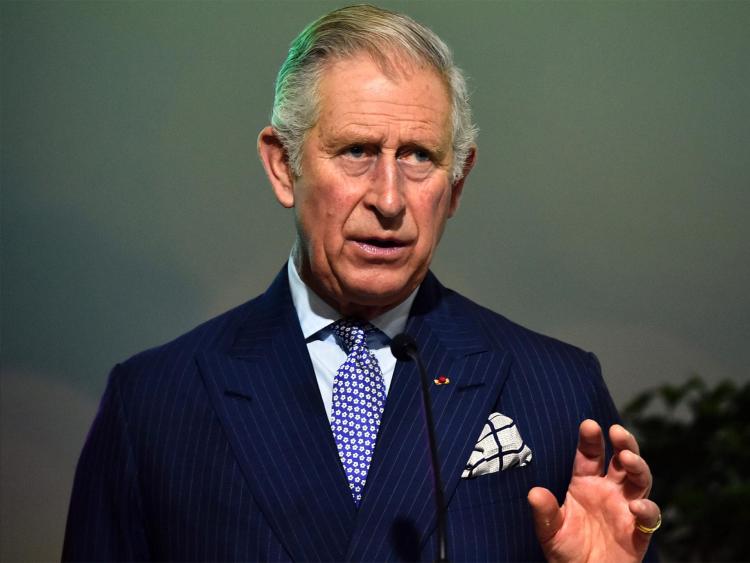 A dissident republican leader who plotted an explosion during the State visit of Britain’s Prince Charles two years ago will be sentenced next month at the Special Criminal Court for directing the activities of a terrorist organisation.

Seamus McGrane (63), of Little Road, Dromiskin, County Louth, was convicted last month by the non jury court of directing the activities of an unlawful organisation, styling itself the Irish Republican Army, otherwise Oglaigh na hEireann, otherwise the IRA, between the dates of April 19th and May 13th, 2015.

On October 31 last, the court found that McGrane discussed an operation involving explosives in the run-up to the State visit of Prince Charles two years ago.

He was also found guilty by the three-judge court of membership of the IRA between January 18th, 2010 and May 13th, 2015. He had denied both charges.

He agreed with prosecuting counsel Tara Burns SC that both of these charges concerned a surveillance operation on a licensed premises, The Coachmans Inn on the Sword’s Road.

The court heard that members of the National Surveillance Unit had been monitoring McGrane’s activities. In January 2015, the accused was observed at The Coachmans Inn in Swords meeting with Donal O'Coisdealbha and on a monthly basis thereafter.

Arising from that meeting, an application was made to the District Court seeking to install surveillance in the snug of the pub. An audio recording was then made in relation to a meeting between McGrane and Mr O’Coisdealbha on April 19, 2015 and a further recording was made on May 10, 2015 between the two men.

Ms Burns said it was the prosecution’s case that the contents of the audio recordings clearly demonstrated that McGrane was directing the activities of the IRA at a general level and also directing in respect of a specific operation involving Mr O’Coisdealbha.

Det Spt Maguire agreed with counsel that the audio recordings can be divided into three separate strands. These include utterances from McGrane regarding interactions with other persons relating to the operation of the IRA, McGrane’s own alleged activities regarding his experimentation in the development of explosive devices and substances, the discussions regarding directing strategy of the IRA and the accused’s man’s utterances regarding his involvement in the training of individuals within that unlawful organisation.

Ms Burns then referred to the two audio surveillance recordings. She firstly addressed the recording dated the 19th of April 2015, where McGrane instructs Mr O’Coisdealbha to make contact with a named man whom he refers to as a science graduate and from whom he previously sought advice regarding explosives.

Det Spt Maguire also agreed that there was evidence of McGrane directing Mr O’Coisdealbha to contact a person to whom he refers to as "motorbike man" to collect potassium nitrate and othe ingredients required to manufacture explosives for use by Mr O’Coisdealbha.

The court heard that McGrane refers to contacting another man with instructions to reactivate the science graduate. McGrane directs Mr O’Coisdealbha to contact a person he refers to as "the Tattoo Man" with a view to having him sworn into the organisation.

Ms Burns said the accused makes numerous references in the audio recordings detailing the manufacture of explosives substances including the use of mortars, beer kegs, rockets, fertiliser, cortex, potassium nitrate and the method of fractional distillation.

The court heard that reference was made to damage being caused to a premises in Town Glass which the accused is the owner of, she said.

In the course of both audio recordings, McGrane discusses a specific operation Mr O’Coisdealbha is involved in and the accused gives him directions in relations to “the main event”, she said.

The recording from April 19 discloses McGrane making references to arranging a motorbike and providing a cylinder for Mr O’Coisdealbha. The bike should be returned and not dumped, said McGrane. The accused also gives direction that this ought not be an “embarrassment” and that the target must have “a military significance” for “when he is coming on the 19th” but it must not occur in Sligo and Galway. This date is significant as the court previously heard evidence that Prince Charles was coming to this jurisdiction on the 19th of May 2015.

Det Spt Maguire agreed with counsel that there is reference in the course of the audio tapes to, “The bomb on the line,” for which the accused man provided Shamrock glucose. He also agreed that his inquiries revealed that a bomb was called in to the PSNI on February 4, 2015.

The court heard there is also reference in the tapes to an attack on Palace Barracks in Northern Ireland - the headquarters of M15 in the North - and that on April 12, 2010 there was an attack on that location, she said.

Ms Burns said the accused was arrested on May 13, 2015 and searches were conducted at his home in Dromiskin and at an adjoining property at the back of his house.

Items were found mainly concealed in hides in the fields adjoining McGrane’s property. These items included a time and power unit and a detonator of the same type that was discovered on foot of a search at Harbour Court in Courtown. More items were found on foot of searches at the rear of McGrane’s house in Dromiskin.

The witness told the court that McGrane is a married man with four children. He is listed as the owner of premises known as Town Glass in County Louth.

The court heard that McGrane has two previous convictions. The first conviction is for IRA membership and dates back to 1976 for which he spent one year in custody. The second conviction relates to training others in the use of firearms for which he was jailed for four years by the Special Criminal Court.

Under cross-examination, Det Spt Maguire agreed with Michael O’Higgins SC, defending, that there has been one previous conviction in this jurisdiction for directing terrorism in the State and that related to Michael McKevitt who was jailed for twenty years in 2003.

The witness agreed with Mr O’Higgins that his client was not in the same organisation which Mr McKevitt belonged to, his client's was a splinter group and it had not brought about any fatalities.

Det Spt Maguire accepted that the State had claimed privilege over certain matters in this trial and the dilemma of having to disclose this information was avoided by the way the case was conducted. This was a “tangible benefit” to the prosecution, he said.

He said that while there are a number of very specific acts of direction in the case, interspersed in the case are a large number of explosive materials. “The court must be very careful what functional role that plays in the case. If the court is to visit upon my client punishment in a directing sense as opposed to a membership sense, between April 19 and May 13 2015, the court would have to be satisfied that these explosive matters which the court is attempting to attribute to my client is attributed between those dates,” he said.

The barrister said this case is not "McKevitt Part 2" and there are very significant distinctions between the indictment which was used to convict Mr McKevitt and his client’s indictment.

Mr O'Higgins submitted that it is not “the same organ” as Mr McKevitt directed "all those years ago". “It is a splinter group, an organisation acting in a different capacity,” he said.

Mr O’Higgins said his client’s operations have not resulted in any fatalities and what occurred in 2003 and is occurring now is a “different era”. “It is a significant lesser case than McKevitt’s case,” he added.

He said the manner in which the case was met is also significantly different. “This is not technically or actually a plea of guilty, the court will take cognisance to the history of this court that very few people actually enter a guilty plea. The prosecution and defence agreed a set of facts,” he said.

He said his client does "not stand alone" and there was a co-accused, Mr O’Coisdealbha, who was dealt with separately and received a sentence of five and a half years in prison.

He said there is one significant different between the two men, in that Mr O’Coisdealbha received five and a half years where the maximum sentence for belonging to a dissident republican terrorist organisation is eight years. “There is no cap on directing and it can be life, that is a very real distinction,” he said. He told the court that it could not treat them in isolation and there has to be some correlation.

The court heard that while his client might have been directing Mr O’Coisdealbha, it was “crystal clear” when they were discussing bomb making that McGrane was deferring to Mr O’Coisdealbha’s knowledge.

He further added that Mr O’Coisdealbha  was engaged in trying various methodologies and doing so “wholly independent” of his client. “He did not need to get his permission in advance and did not need to report back,” he said.

Mr O’Higgins said he would like to put the reference to the target being of “military significance” in context. “It was to be symbolic, it was to coincide with the visit of Prince Charles, it was taking place on opposite sides of the country and it was indicated that the device would detonate late into the small hours of the morning. It was to be symbolic but have military significance,” he said.

Counsel added that there is a distinction between directing the activities of an IRA unit and directing the policy of an organisation.

Mr O'Higgins asked the judges to impose a sentence which is proportionate to the offence committed when sentencing his client and to consider that there are sufficient distinctions between this and the twenty year sentence imposed in Mr McKevitt's case.

A medical report for McGrane was also handed into the court.

Ms Justice Isobel Kennedy, presiding, sitting with Judge Sinead Ni Chulachain and Judge Cormac Dunne, remanded McGrane in custody until December 7, when he will be sentenced.