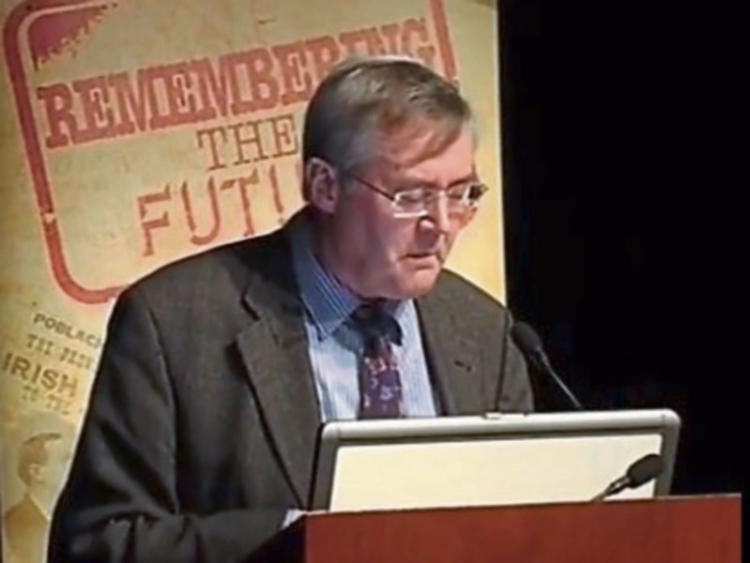 Dr Eamon Phoenix comes to Dundalk on Thursday 23 November to St Vincent's Secondary School to give a talk entitled 'The North Began: Northern Narratives of the 1916 Rising from the UVF Man in the Gresham Hotel to Events at Castlebellingham'.

Éamon Phoenix is a political historian, journalist and commentator. He is a member of the Taoiseach’s Expert Advisory Group on Centenaries. His book entitled 'An Ulster Unionist at the 1916 Rising' is based on the 1916 diary of Belfast-man, James Mitchell who arrived in Dublin on Easter Saturday.

His objective – ironic in view of the IRB’s plans for a Rising – was to enlist in the British army. Mitchell found himself marooned in the Gresham Hotel in Sackville Street (now O’Connell Street) for the duration of the insurrection. It was there that he penned his graphic account of his dramatic experiences on Gresham Hotel notepaper.

In his talk, Eamon Phoenix will trace all these events and how they impinged on Co Louth, in particular, the events that occurred on Easter Monday when the Policeman, Constable Charles McGee was killed at Castlebellingham. About eighty Irish Volunteers marched out from Dundalk on Easter Sunday morning 1916 with the intention of meeting the Meath Volunteers at the Hill of Tara.

The group was made up of units from Dundalk, Ardee, Cooley, Grangebellew and Dunleer. The talk starts at 8pm.