Michael Hodgers family were a central part of his life 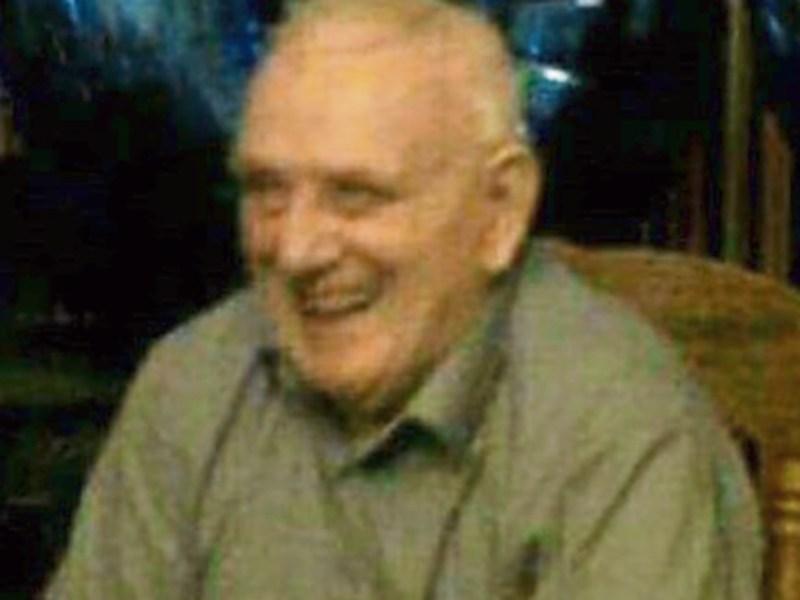 The death has occurred of Mr. Michael Hodgers of Cloonanna, Knockbridge and formerly Castle Heights and Oliver Plunkett Park. Michael passed away peacefully on October 3rd surrounded by his loving family.

Michael was the son of Patrick and Mary Kate Hodgers (nee McArdle) and lived all his life in Dundalk. Michael was one of ten children and was predeceased by brothers, Vincent, Oliver, Johnny and Thomas, sisters Kathleen, Theresa, Bridie, Frances and Molly, niece , Maureen and great-grandchild, Hannah.

After attending De La Salle primary and secondary school, Michael started work in Clarks shoe factory. He later met the love of his life Anne Coburn at a Valentines Night dance and the couple married in 1957.

Tragedy struck the Hodgers family with the sudden death of Anne on Saint Stephens Day in 1978. However, within a short space of time Michael took early retirement in order to concentrate on looking after his family.

Over the following 40 years Michael filled the role of mother and father to his son and seven daughters with a calm and influential manner, lovingly supported by his and Anne’s siblings and a small circle of close family friends.

Michael took great comfort in his strong faith with a quiet devotion to Our Lady, travelling to Knock on an annual pilgrimage and to Lourdes with the Armagh Diocese on a number of times.

An unassuming and quiet gentleman, Michael had many pastimes and hobbies. He was a keen amateur astronomer with extensive knowledge of the solar system. He was very well read and had the ability to converse knowledgeably on many topics with both young and old.

He volunteered with Dundalk Civil Defence and was involved in training and overseeing the safe preparation of training sites for authentic exercises and manoeuvres. He also taught in the Civil Defence those who intended to sit the Fireman’s Examinations and was very well known for his dedication and attention to detail in preparing his trainees to pass their examinations.

Michael was also a life-time member and fundraiser for Gael Linn, an organisation dedicated to the Arts through the Irish language and was affectionately referred to by many as ‘the Gael Linn man’.

Michael was a loving father and ‘Granda’ to all. His children, grandchildren and later his great-grandchildren were always a central part of his life and he took great pride and enjoyment in their company, their achievements and accomplishments.

While a pioneer all his life, Michael still had great time for family occasions, never once forgetting a birthday or celebration in the family. He was just as comfortable attending birthday parties, weddings, christenings and large family gatherings as he was sitting quietly reading or listening to his records. Michael also had a great love of opera and classical music and enjoyed attending the theatre on occasion.

Michael passed away surrounded by his family in Blackrock Abbey Nursing Home, where he spent the last six months of his life and to whom the family extend their warmest thanks for the kindness, dignity and compassion Michael received in their care.

Michael will be greatly missed and remembered with love by his daughters, Martina, Bernadette, Marie, Annette, Catriona, Conchita, Margaret and son, Gerry. Michael will be especially missed by his 25 grandchildren and 30 great-grandchildren, sons-in-law, daughter-in-law, Edel, nieces, nephews, sisters-in-law, brothers-in-law, friends and neighbours.

After reposing at the home of his daughter Conchita, Michael’s remains were taken to Saint Nicholas Church for Funeral Mass. Burial followed in Saint Patrick’s cemetery.

The celebrant was Fr. Gerry Campbell PP who offered a warm and personal sermon. Items symbolising Michael’s life were brought to the altar by grandchildren Ben and Corey Hodgers, Anne Clarke and Orla Smith. These included his Irelands Own magazine, his harmonica, his Civil Defence medal, a vinyl record to represent his collection and a framed poem, much loved.

The Offertory gifts were presented by daughters Martina and Margaret. Prayers of the Faithful were read by grandchildren, Aiden Heslin, Alicia Seidou, Edel Coleman, Ryan Bellew and Leanne Ludlow.

Readings were done by son Gerry, nephew Brendan Hodgers and grandson Ciaran Hodgers. A touching letter from Michael’s grandson who recently moved to Australia was read out by close family friend Elaine Maguire.

Music was provided by Saint Nicholas Church Choir. A poem to recall the qualities of Michael as a father-in-law was written by his son-in-law Frankie and read at the graveside.

Month’s Mind Mass will be on Sunday November 5th at 12 noon in St. Nicholas Church.