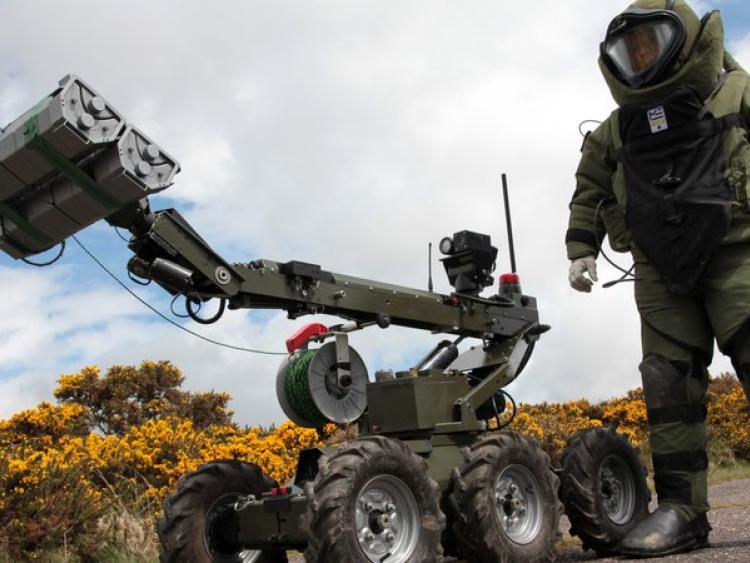 Two viable improvised explosive devices were made safe by an Army team in a Co Louth housing estate last night.

RTE News are reporting that fifteen houses had been evacuated by gardaí after the device was found during a house search.

An Army Explosive Ordnance Disposal team was sent to the Moneymore estate in Drogheda following a request from gardaí.

The EOD team arrived on scene at 10.30pm and, following an assessment, confirmed two viable IEDs and the components of a third.

The devices were made safe at the scene and taken to a secure location for examination.

Once the devices are fully examined, any material of an evidential nature will be handed over to the gardaí to assist in their investigations.