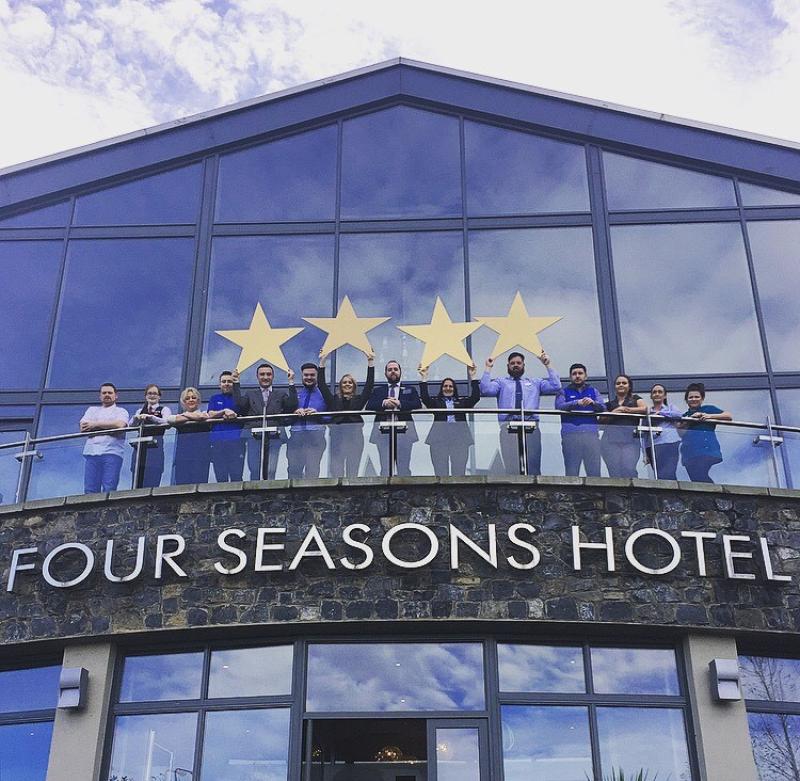 The Four Seasons Hotel, Spa & Leisure Club, Carlingford is delighted to announce that it has been awarded 4 star classification by Failte Ireland.

The recent award follows an extensive €2 million upgrade and refurbishment of the facilities over the last 18 months and means that for the first time, Carlingford village now has an officially certified Failte Ireland 4 star hotel venue.

Adam Coburn, General Manager said they are thrilled to have been awarded this distinguished rating.

“We are delighted to receive formal confirmation of our Four Star Status. It is a testament to our team here at the hotel, and all their hard work and training to get us to this prestigious stage. It is a huge achievement for the hotel, our project team led by Mairead Donegan and the entire village of Carlingford; one we would not have acquired without the dedication and loyalty from each and every staff member at the hotel and the support and financial commitment of the Lynch and McKenna families".

Located in the picturesque village of Carlingford nestled between the mountains and shores of Carlingford Lough, with breathtaking views of the medieval village, lough and surrounding mountains, the award will enable the hotel to expand its market reach both home and abroad to the benefit of the entire tourism industry in the area.

Director Kieran Lynch of FLC, Frank Lynch & Co., accountants speaking on behalf of the shareholders expressed their gratitude to the hotel's management team and local designer Carol Brown for her artistic vision and creativity whilst also Outlining ambitious plans for the very near future of the hotel, focusing on further development including the luxurious Luxe Spa and and an extensive upgrade of the hotel's bar and restaurant in keeping with the hotel's new status.