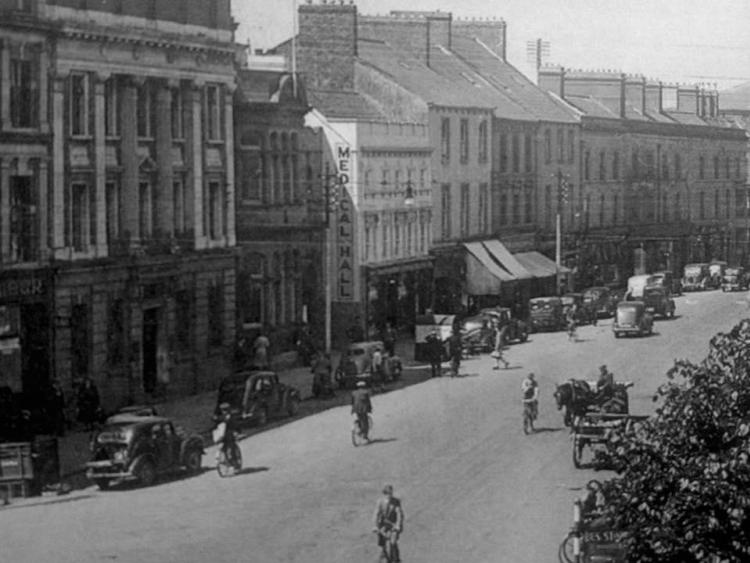 Indeed, a quote from Lee Marvin springs to mind -"my hair was darker then, my heart was lighter then". I was working in Dunlaoghaire, for a company - Associated Tailors, which had Burton, Tailorfit and Hipps shops under it's wing. I lived in Bray at that time.

I was sent in mid-1965 (to the best of my memory!) to work in the Hipps shop on Clanbrassil Street, with the manager Felix McEvoy. We indeed had a lovely working relationship, and I remember the late Felix fondly. Those were the days when a 'made to measure' suit took all of four weeks (sounded shorter than a month to the customer!) from one being measured, up to the completed garment finding its way on to your back.

During my twelve or so months in Dundalk I started going to Oriel Park with the traditional 3.30pm Sunday kick off, followed, of course, by the few pints in MJ's or Jimmy's Lounge. Hard to think that this is all of fifty-plus years ago, and I have followed Dundalk FC ever since.

My son Rory, also a supporter, indeed spent a season with the B team, which we both enjoyed. Alas he didn't 'make' the senior squad, and boy would he have enjoyed playing under Stephen Kenny! I just happened to be in Dundalk today collecting Cup Final tickets and over a quiet pint in (the excellent) Kennedy's pub, decided to 'roll back the years' - should the editor of course 'deem me worthy to enter under his roof'.