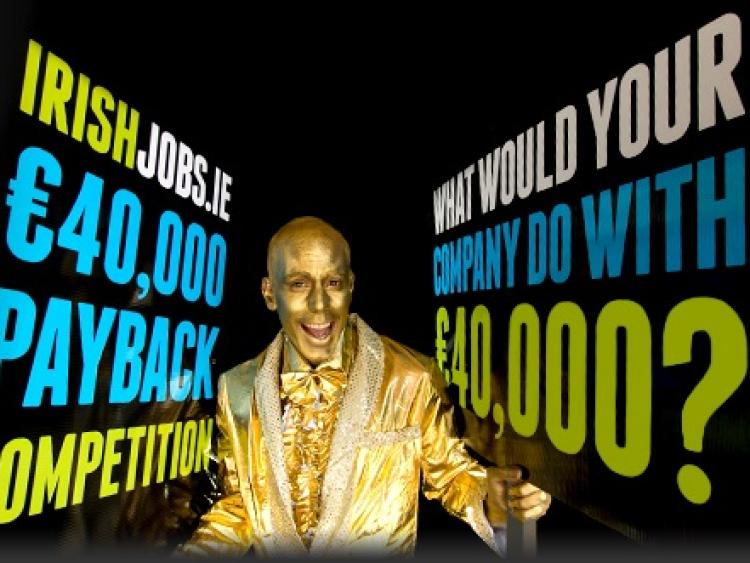 Irishjobs.ie has announced that due to popular demand, the entry deadline for its €40,000 Payback Competition has been extended by a fortnight.

The new closing date for the competition is noon on Tuesday, 7 November 2017, with the winner to be announced in December 2017.

The IrishJobs.ie PayBack Competition is offering a €40,000 cash payment to one IrishJobs.ie customer to grow or improve any aspect of their business.

The criteria for the competition are simple: tell IrishJobs.ie about a recent hire you have made through the site and what it has meant for your business. You have to have had a paid contract within 2017 to qualify.

“Our Payback Competition is the first competition of its kind aimed at Irish businesses,” says Orla Moran, IrishJobs.ie General Manager.

“As anybody in business will tell you, the right hire can make a huge contribution to a business, both in terms of the performance of its people and of course the company’s bottom line.

“In the past fortnight we have witnessed a significant increase in interest in the competition from companies up and down the country, and as a result, we have taken the decision to extend the entry deadline by a fortnight.

"We would encourage as many companies as possible from Louth to take advantage of the extended deadline and we look forward to learning about more great hires made by Irish companies in the weeks ahead."

To learn more about the IrishJobs.ie Payback competition, visit Irishjobs.ie.