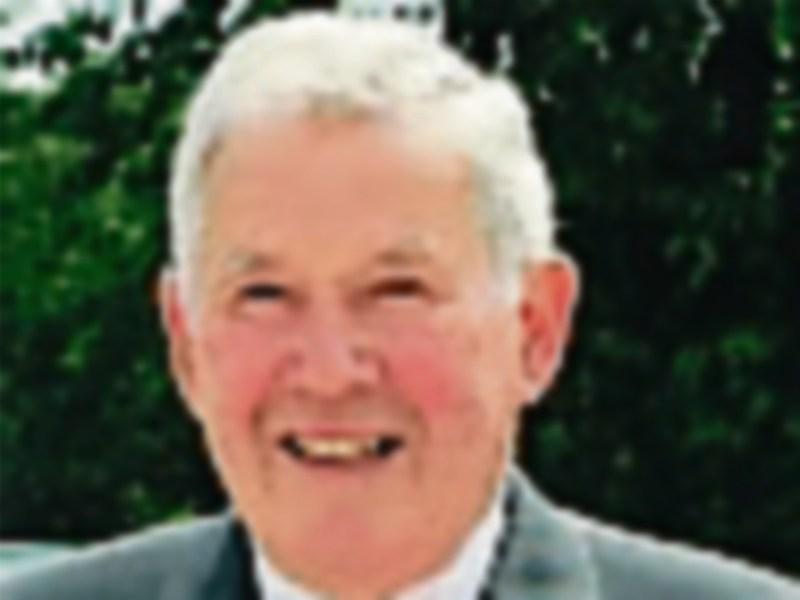 THE death has taken place, at the age of 77, of Owen Byrne, 50, Dowdallshill, Dundalk. Owen passed away peacefully in Beaumount Hospital on July 18, 2017.

Owen hailed from Milltown in Kilkerley, son of Brigid and Christopher Byrne. He attended Kilkerley NS and played football for many years with Kilkerley Emmets and was also a member of Channonrock AC in his youth.

After moving to Dowdallshill, Owen played for a number of years with Dowdallshill GAA club.

Owen went to the Technical College in Chapel Street and then served his time as a builder with Mickey Murphy, Milltown, Kilkerley.

After completing his apprenticeship he worked in Dublin for some years

He decided ‘to go out on his own’ and in the early 1960s he set up his own business, Owen Byrne Construction.

A hardworking and honest man, he had a good way with people and built up a very successful business over the years.

He built many private houses etc and also completed a lot of projects for Louth County Council and Dundalk Town Council.

Even after retirement, Owen always maintained an interest in local building projects.

He met his wife Moya Burns (Thistle Cross) at a dance in Mountpleasant Hall and after marrying, they settled in Dowdallshill.

Owen and Moya had many happy years together and they particularly enjoyed their hobby of ‘old time dancing’ which took them winter and summer to venues in Kilcurry, Readypenny, Inniskeen and Magheracloone , to name a few.

Described as a ‘gentleman’ by many, Owen enjoyed the simple things in life.

A mild mannered and quiet man, he was always active and indeed was swimming six days a week up until his illness prevented him from doing so.

He went to Tojos Gym on the Castletown road for years in the 1980s and enjoyed walking and some golf. He always had a great interest in football, going to most of the Kilkerley and Louth matches over the years and was a keen follower of soccer too.

He enjoyed socialising, keeping up his interest in social dancing and enjoyed many years of trips abroad and dancing with his partner and friend Bridie Duffy.

They looked forward to the biannual dancing trips, as well as their weekly dancing outings.

Owen was a thoughtful and kind man, often visiting relatives and friends who were elderly or sick.

He had great ‘get up and go’ and dealt with life’s knocks with a great strength of character and mind.

A religious person, he went to mass weekly and attended Saint Gerard’s Novena.

He always had time for his children; they could count on him to offer wise words of wisdom when needed.

He had a great interest in his eight grandchildren and took pride in their achievements.

Sadly, Owen’s health deteriorated this year but he bore his illness with his usual fortitude and resilience.

Owen was greatly respected and the high esteem in which he was held was evident in the large numbers who attended his wake.

He reposed at his home before his remains were removed to Saint Nicholas’ Church. Fr Brian Slater CC celebrated Requiem Mass and gave the eulogy.

The readings were given by his grandsons, Seán and Conor Byrne, while the Prayers of the Faithful were read by his granddaughters, Niamh Byrne and Kate Rice and by family friend Eimear Conyard.

The Offertory gifts were presented by his daughter, Lynne, sons Paul and Ronan and grandson, Ronan. These included a trowel representing his work, swimming goggles, a dancing trophy and a Louth jersey.