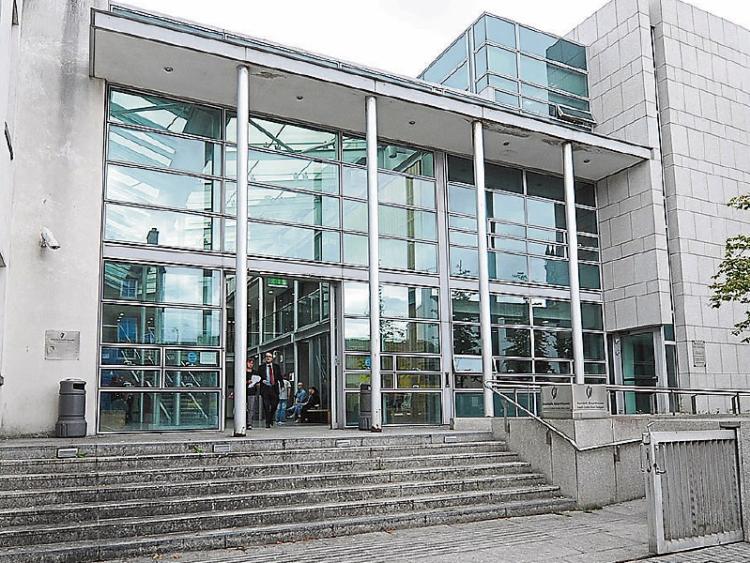 A 27 year old man who pointed what looked like a handgun at a man who disturbed him during an aggravated burglary, was jailed for three years at Dundalk Circuit Court last week.

Jason Murray of Doolargy Avenue, Muirhevnamor, Dundalk was also given a concurrent sentence totalling two years for a separate burglary at student accommodation the following day.

The court heard how a couple and two teenage children were asleep at their home in the Garrybawn area of Dundalk on October 17th 2015¸ when their barking dog woke the man around 5am.

When he went downstairs to investigate, he discovered that the front door was open and he armed himself with a glass bottle from the sitting room and went into the kitchen where he saw a masked man standing still who pointed what looked like a gun at him.

The man hit the intruder with the glass bottle with full force, but it didn’t break and pair ended up struggling on the ground, with Jason Murray shouting “I’ve got a gun” which was prised from his hand, when the man’s partner and one of the teenagers came to his assistance.

The defendant was dressed in black, and wore a ski mask, which was pulled off his face and he claimed “I was sent to the wrong house. I was sent on a job”.

The court heard blood was pumping from his head and he was marched out of the house and the guards were called. The accused left a trail of blood behind, along with the balaclava and what turned out to be a plastic toy gun made in China which resembled a Colt 1911 semi-automatic pistol.

Jason Murray was arrested the following day within hours of a burglary at Green Park Student village, where a number of students had chased him from the building.

Gardai came upon him in a car park at DkIT and he matched the description given by the students as he was wearing distinctive clothing and had a black eye and cuts to his face.

The court was told Jason Murray was unfit to be interviewed for a number of hours, but later during questioning denied any involvement in the aggravated burglary, but he was linked to it through his DNA.

The court was told the defendant had 51 previous convictions including robbery and burglary and had developed a heroin addiction, having begun abusing cannabis between the ages of 12 and 14 and while he had made efforts to get clean he had relapsed.

The Defence said the accused now realises he needs to address his addiction although he is at a preliminary stage. He is also receiving counselling in respect of a personality disorder he was diagnosed with.

The court heard that there are no further matters outstanding against the accused, who had lost his father in January last year, nine months before his fiancée, who he had moved to live with in Portlaoise, had died from pneumonia.

Judge Michael O’Shea backdated the sentences to December last when the accused went into custody on foot of a bench warrant which was issued around the time of his late partner’s death.