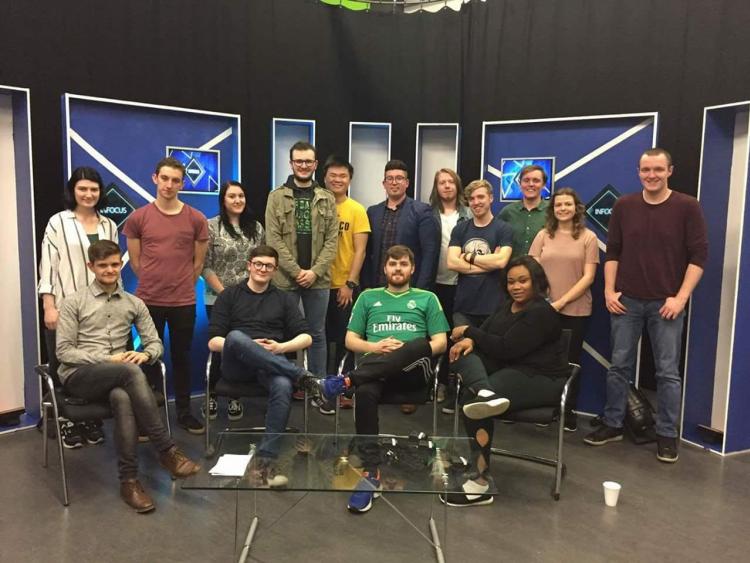 A GROUP of students in Dundalk who made a TV show are set to distribute the arts programme online next month.

The students filmed part of the show in Dundalk and spoke to local comedians about the effects of political correctness on comedy.

“We decided to ask comedians around Dundalk and the rest of the country if political correctness is ruining comedy,” said DkIT student Peter Toplis.

“We went to 'Dropout Comedy' here in Dundalk and asked local comedians to share their opinions on the topic.”

Peter added: “The live segment of the show was presented by Charlotte Keating and featured an interview with Sir Stevo Timothy and Sinead McGrath.

“They are famous for their 'Farmer Michael' sketches on Facebook. We also hosted a roundtable segment with Lisa Casey, James Cadden and Michael Rice.”