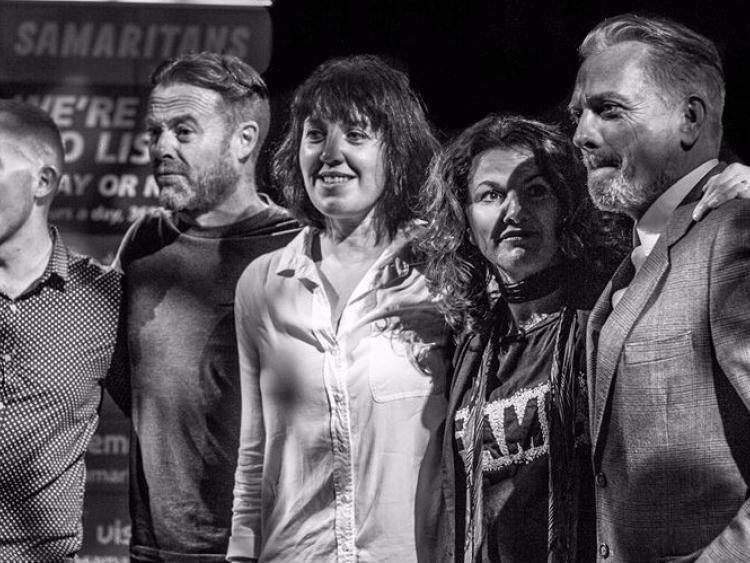 Laugh Out Louth (LOL) was Louth’s first ever comedy festival.

The idea was the brain child of Bairbre Kelly, a local psychotherapist working in Drogheda who was alarmed at  the number of men contacting her about their mental health concerns yet very few were following through with an appointment.

She decided that an innovative approach was required to challenge  the stigma and break the silence shrouding men's mental health.

She contacted Michéal Kiernan, a talented standup comedian from Drogheda who has been performing at and running comedy events for many years.

Michéal called on Louise Kiely (casting director), Anthony Kinahan (actor) and Kelly Kiernan (drama couch) to join them and so the Laugh Out Louth committee was formed.

They worked tirelessly for the past 8 months approaching comedians from around the country and asking them to donate their time and comedic talents to help create what turned out to be a fantastic weekend festival touching  on issues surrounding mental health through the medium of comedy and raising funds for the Drogheda branch of The Samaritans.

Events kicked off on Friday evening in McPhails in Drogheda with a stand up comedy night headlined by the brilliant Emma Doran and it set the tone for the whole festival.

There was a family friendly event on Saturday afternoon which got everyone laughing, big and small! The Saturday night event in McPhails was packed once again with people determined to have a great time and with a lineup of brilliant comedians headlined by Collum McDonnell, they weren't disappointed!

There was a public mental health talk in the DHotel on Sunday afternoon, and whilst a panel of great speakers  touched on some serious issues, it was a relaxed event that generated a great open discussion around looking after our mental health. Sunday evening  saw the festival wrapping up with a sold out finale in The Droichead Art Centre.

The fantastic lineup of Deirdre O'Kane, Eleanor Tiernan, Eric Lalor, Joe Rooney and Laugh Out Louth's very own Michéal Kiernan brought the house down and ended what was a truly  amazing first ever comedy festival in Louth.